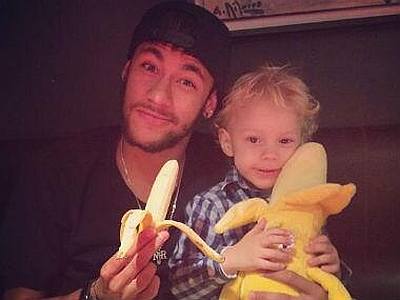 During a La Liga match on Sunday, Barcelona's Brazillian defender Dani Alves was faced with a racial taunt on the field involving a banana.

Dani Alves was ready to take a corner kick, when a banana thrown from the stands landed at his feet. The Barcelona wingback reacted by picking up the banana, peeling its skin and taking a bite. Then he continued with the corner kick.

His injured team-mate Neymar, watching the match at home, promptly reacted by posting on Instagram a picture of himself and his son while eating a banana with the text, "We are all monkeys".