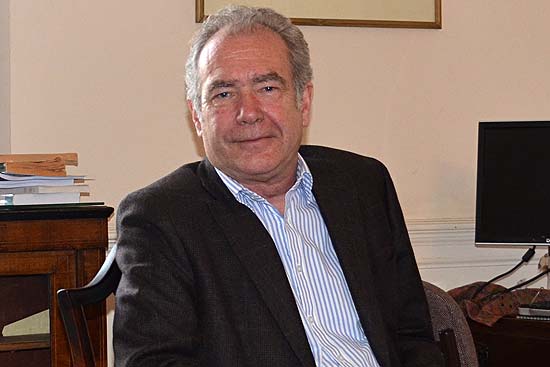 Christopher Alan Bayly, an eminent historian who refused to recognise traditional boundaries to his discipline and once described as the "guru" of global historians died of a heart attack in Chicago. He was 69 years old.

Professor Bayly began his career as a historian of India while a graduate student at Oxford under Professor Jack Gallagher. In his DPhil, later published as The Local Roots of Indian Politics: Allahabad, 1880-1920 (1975), he described two emerging schools of nationalism which would come to dominate Indian politics – the Hindu nationalism of Madan Mohan Malaviya and Nehru’s western-style nationalism.

Professor Bayly's work on colonial and post-colonial India has made a lasting imprint on the way India’s past has been understood.

Much of Professor Bayly’s work was on 18th and 19th century India and on the transformation that colonialism wrought on pre-modern societies and structures.

He was knighted in 2007 for his contribution to historical scholarship.

He read everything and might be found in the break before lunch quietly browsing through a treatise on Japanese archaeology or Ethiopian land tenure practices, far from his field. He had an astonishing capacity to respond quickly to new perspectives and had the knack, in particular, of grafting historical ideas from one specialism to another, finding connections, for example, between 18th-century Mexico and India. He similarly read widely across the social sciences and had a magpie’s eye for something brilliant in another discipline. The award to him in 2005 of the Wolfson prize for history, not as is usual for a single work, but for his entire oeuvre, offers some index of how he was prized as a historical intellectual across the discipline.

The obit in the Telegraph recalls:

His interest in Indian history was forged during a long vacation overland journey from Britain to India, where a friend persuaded him to trace his return journey along the route taken by Alexander the Great. A series of lectures by Ashin Das Gupta on Britain and India at the time of Warren Hastings helped him to make up his mind.

Richard Drayton in his tribute published in Scroll writes:

Professor Bayly’s impact as a scholar, teacher, and colleague on history and the social sciences can scarcely be measured. His generosity with students is legendary, and the wealth of collaborations he has enjoyed with colleagues in India, the United States, continental Europe and Australia are tokens of the respect in which he is held.  He treated his younger colleagues and students as equals, and had a quality of attention to each of them which is rarely found even in the best graduate teachers.

In 2012, Kanak Datta of the Business Standard met the eminent scholar who was a part of a delegation from Cambridge University to attend the India-Cambridge summit in India. He writes:

Since much of his (Bayly's) early research involved local documents, how did he read them? He learnt Hindi — but confesses it’s pretty rusty now (“I can read but mushkil se”). One of his main sources were the bahi khatas, accounts written by merchants but in mercantile scripts like Marwari that he couldn’t read. The solution was to “bring down some very elderly person from Benaras to Allahabad and we sat in the house of one of the great mahajans and went through them together”.

At any rate, he wasn’t short of original sources “because the British were entirely dependent on Indian capital in their early days”. He recalls going through almost 50 volumes of day-to-day commercial dealings. One of the standout facts he recalls from that mass was “the enormous amount of port that came up river from Calcutta — hundreds of bottles. And I remember thinking, there are only three Brits in Benaras — they can’t be drinking it all!”

Friends and colleagues from across the world expressed grief at his sudden death:

Very sorry to hear of the death of CA (Chris) Bayly. He was without doubt the preeminent Western historian of India, and a wonderful teacher

Extremely shocking to know about Chris Bayly, one of the most prolific and influential Cambridge historians of South Asian history. RIP

Really sad to hear of Chris Bayly's death. A truly great & versatile historian of India. He was an examiner for my thesis way back in 1980.

RIP the great historian of India, Sir Christopher Bayly. I attended his lectures as an undergraduate at Cambridge & found them electrifying

We have lost much too soon a truly great historian, peerless in his understanding of empire in Asia: Chris Bayly. http://t.co/HPH5bw7Cz3

Really sad news that the brilliant Chris Bayly has died. An inspirational writer of global intellectual history, and a great encourager.

And here is a longish but a rather interesting interview of Professor Bayly where he talks about his life and work: