Chennai Super Kings' Belief In Shane Watson Surreal, But That's What MS Dhoni Is All About!

Shane Watson emerged from a run drought with an unbeaten 83 against Kings XI Punjab in Dubai. CSK has backed him to the hilt 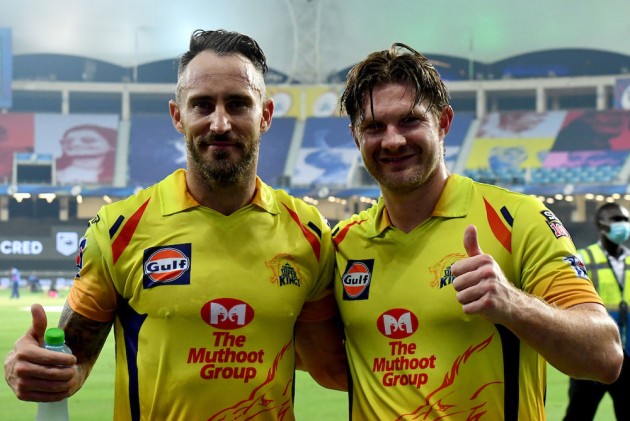 On October 2 as Chennai Super Kings slumped to their third defeat in four IPL 2020 games, two bits of television footage told you, that one of the most powerful franchises in the game was feeling the heat. The “Thalaiva” was struggling, rarely has one witnessed MS Dhoni run out of breath, but that night as the chase slowly ran out of the chase-master’s reach, one could sense that MSD was gasping, and dare one say there was a touch of helplessness as well.

As CSK’s chase reached its climax, the cameras kept cutting to Dhoni’s biggest confidant in that unit, coach Stephen Fleming. He looked glum, now that is not that frequent a sight! Was the beard playing mischief? Or was it a deep-down realisation that his legendary captain for the second time in the tournament might not be able to take them past the finish line.

In 2018, when Chennai Super Kings were last crowned IPL champions, their captain averaged a staggering 75.83 in 15 games, not to forget a strike rate of 150.66. Dhoni also was their highest run-getter. These numbers clearly suggest that whensoever CSK had to finish off a game with the bat, their captain was at the forefront.

A year later, the Chennai boys played yet another final only to succumb by a run to Mumbai Indians. What is an astonishing piece of statistic is that not even one CSK batsman featured in the list of top 10 run-getters in the 2019 edition. Dhoni this time was their top run-getter with an average of 83.20 and a strike rate of 134.62. So, for the second year in succession, an ageing batting unit had been shepherded by their talismanic leader.

The story about a fragile batting unit gets further amplified by the numbers that the top order attained. Shane Watson, Suresh Raina and Ambati Rayudu averaged less than 24 in the last edition of the IPL. Kedar Jadhav, another big hope in that middle order, couldn’t even touch the 20-run mark when it came to batting averages for the tournament.

This year too, the start had been eerily similar. Though CSK had been successful in brushing aside the defending champions Mumbai Indians in the opening fixture on September 19 in Abu Dhabi, the top order was struggling to provide that much-needed impetus at the start of the innings.

Apart from that 100 in the final, two seasons ago, Shane Watson by his standards had done lip service to CSK’s cause over the last two campaigns. The burly Aussie was candid enough to admit, that his team had been gracious enough to keep his case going in the IPL.

The start to the 13th edition of the IPL had been no different for the Queenslander. Only 52 runs came in his first four matches and cricketing wisdom clearly suggested that Imran Tahir deserved to be in the playing XI and not Watson. But as has been its approach all along, the CSK management was still not willing to show Watson the door.

More than 20 years ago as Mohammed Azharuddin was struggling to get runs in the 1999 World Cup, Ian Chappell once questioned him about his form at the toss. Azhar would nonchalantly reply, “Am playing well at the Nets!” 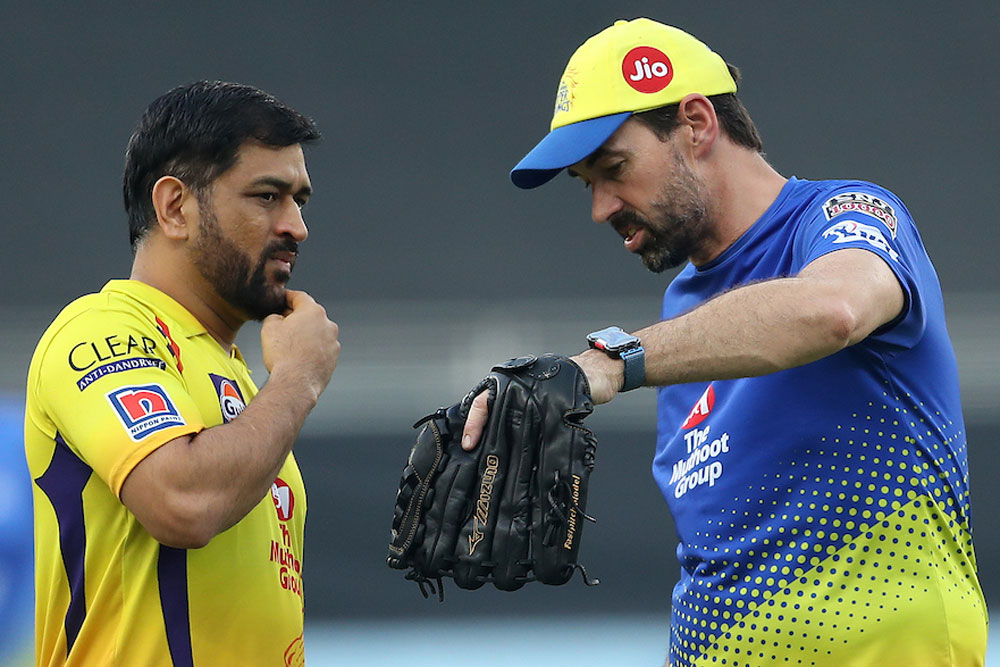 Stephen Fleming too kept pushing the “net theory” as the noise grew around Watson’s struggle at the top of that batting order. And then, finally, in a chase where they had to score almost at nine an over versus the Kings XI Punjab, Shane Watson arrived. And soon enough, one was witnessing the Watson of the old, two shots down the ground off the pace of Sheldon Cottrell made Mark Nicholas comment as to how uncomplicated it looked. Yes, that’s what it’s always been with this big fellow. When Watson starts to middle them down the ground, you have to run for cover as a bowling unit. Watson scored 83 not out off 53 balls, each of his 11 fours and three sixes had power and grace written all over them.

Later on, Watson stated that adjustments had been made to his head position, which was to ensure better transfer of his weight into his shots, and when Cottrell returned, he was once again bludgeoned straight down the ground!

Watson’s partner in this run chase, Faf Du Plessis had been CSK’s go-to man with the bat in the tournament so far. Against KXIP, his blade continued to find the boundaries. Du Plessis might not be as charismatic as his childhood friend AB de Villiers, but he gets the job done and often without much fuss. Du Plessis is brilliant when it comes to hitting them to different parts of the ground. It always isn’t about brute force, It’s also about sending them to areas that will hurt the fielding team.

When CSK finally pocketed the much needed two points, the two veterans – Watson and Du Plessis -- were still at the center. This was the second-highest chase in IPL history with all 10 wickets still in hand, and the first successful chase this season at Dubai.

There also was a two-shot which featured the two openers smiling at each other, So what could they have said to each other? Maybe something on the lines, that “Hey we are still good enough to take them on!”

The big question though, can they do it consistently as the scramble for a top-4 finish intensifies?

And finally for the fans of the yellow brigade, as the chase against the Kings XI gained momentum, Stephen Fleming arrived for a flash interview, and the smile was back! Yes, from ear to ear!!

(The writer is an executive producer in a leading sports channel. Views are personal.)

Live Streaming Of Sri Lanka Vs Namibia, ICC T20 World Cup: When And Where To Watch SL Vs NAM Cricket Match