Tour Of Australia: Crying Need For Youngsters To Put Their Hand Up For Indian Cricket Team

With Virat Kohli back after the first Test, India will be depleted for sure and that will give Australia a great advantage to even scores 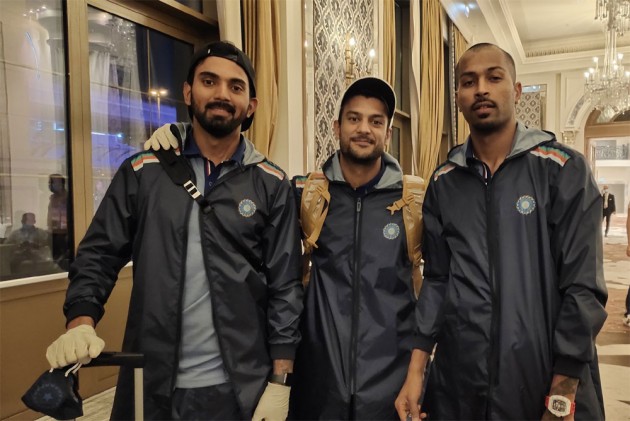 The much looked forward to Australian tour is finally underway. This will be India’s first international engagement since March. That’s good news. The bad news is that star performers Rohit Sharma and Ishant Sharma are currently out with injuries picked up in the IPL and pacer Bhuvaneshwar Kumar also remains unavailable due to a prior injury. That’s three out of the top ‘First Eleven’ players in the ‘Hurt Locker.’ Wicketkeeper Wriddhiman Saha is also injured and it is unclear whether he will be available to play, while skipper Virat Kohli will return home midway through the tour after the First Test at Adelaide, on paternity leave. Rohit and Ishant are, however, expected to join the team later for the Test Series. (More Cricket News)

In a ground-breaking instance of an uncapped player being picked in a national team directly from the T20 Leagues, Indian selectors chose Varun Chakravarthy for the T20 squad. The leg-spinner had picked up the first five-wicket haul of the IPL, but with just one First-class match under his belt, Varun’s selection was like a fairy tale, reminiscent of current head coach Ravi Shastri’s call up to the Indian cricket team straight from University cricket, four decades back. Heartbreakingly, for the young man from Tamil Nadu, he was another one destined for the IPL ‘Hurt Locker’ instead and his dreams had to be shelved, at least for now.

The teams flew out to Australia directly after the IPL final on November 11 on a charter flight and are undergoing a full 14- day quarantine at Sydney during which time they would be allowed to train. The teams will play three ODIs and three T20Is prior to the four-Test Match series. (FULL SCHEDULE)

The white ball games are scheduled to start from November 27, almost immediately after the quarantine period ends. The much-awaited Test series will then commence with a day-night game at Adelaide from December 17, before moving to Melbourne for the Boxing Day Test Match starting on December 26, followed by the New Year's Pink Ball Test in Sydney from January 7 and the last one at Brisbane from January 15.

FANS BACK, AT LAST

In what would be a huge step forward, limited crowds are expected to be at the ground at almost all the tour games including the MCG Boxing Day Test and this will mark the first time that spectators have been allowed to return to stadiums in international cricket, ending months of playing to eerily quiet galleries.

Virat Kohli’s injury-hit side will be facing a full-strength Australian side this time, unlike in 2018-19. The presence of Steve Smith and David Warner along with the ever- consistent Marnus Labuschagne and highly-rated youngsters Will Pucovski and Cameron Green, who were picked in the side after sensational performances in the ongoing Sheffield Shield, backed up by a full-strength bowling attack will make for an absorbing contest. 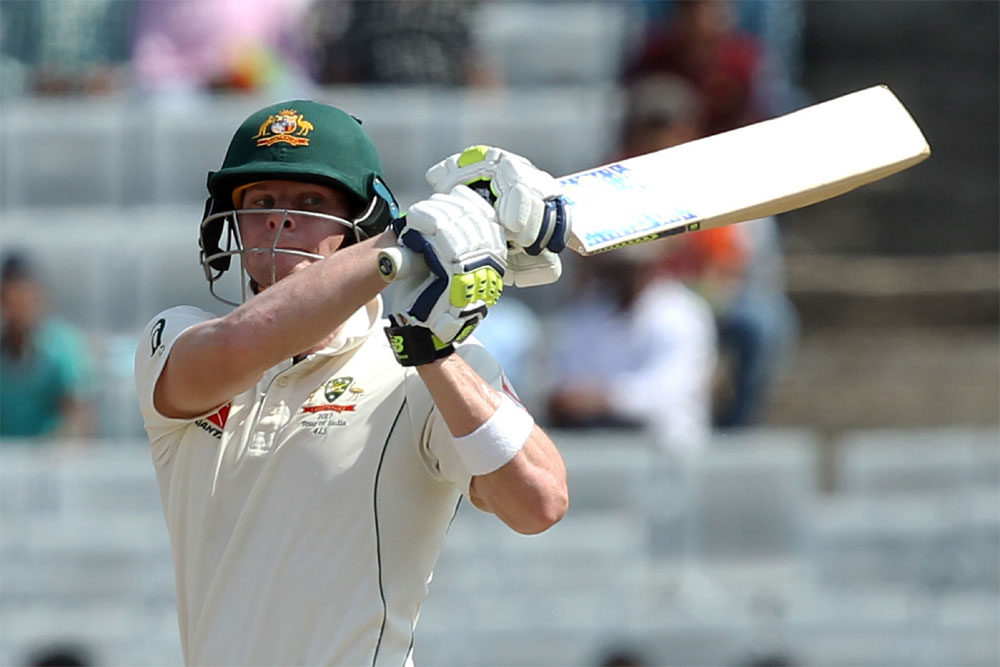 Steve Smith will be more than motivated to take on India. Photo - BCCI

The Indian team had won their first Test series in Australia the last time they travelled Down Under two years ago and the Australians will obviously be looking to come back strong this time around. It will be fascinating to see how the depleted Indian side copes with this strong challenge in tough Australian conditions in the absence of their stars. There will be a crying need for some young players to step up and deliver and in the process, stake their claim to being counted as the superstars of the Post-COVID era.

Undoubtedly, this is going to be a long, hard tour and the BCCI president Sourav Ganguly strongly feels that Indian cricketers should be accompanied by their families as many of them have already been alone in the IPL bio-bubble for close to 80 days. The Australian tour will up that count to almost 145 days. And there is a home series with England to follow almost immediately on return which would further extend their bubble time.

This can create unprecedented demands on the mental health of players and the Indian team has requested for a psychologist and motivational trainer in Australia to handle the challenges associated with living in bio-bubbles for such long durations.

England’s World Cup-winning captain Eoin Morgan recently spoke about the potential health hazards for cricketers who spend such long periods in bubbles and said that teams should henceforth expect – even encourage – some players to miss tours. For his own team, Morgan wants to create a culture where players feel free to step away from tours, if they feel it is affecting their mental health.

With the kind of money that is on offer, such decisions may be difficult for players to take, keeping in mind that cricketing careers at the highest level can be brief. But quite a few top international cricketers are increasingly making that call now, Australia’s Mitchell Starc and England’s Chris Woakes being two recent examples who bypassed the riches of the IPL, to ‘recharge their batteries’ before the intense winter international schedule ahead.

Starc, along with former teammate and fellow member of the ‘150 K Express Speedsters Club’ Mitchell Johnson, recently spoke out about the psychological effect of living in isolation in the constant glare of public scrutiny and criticism. 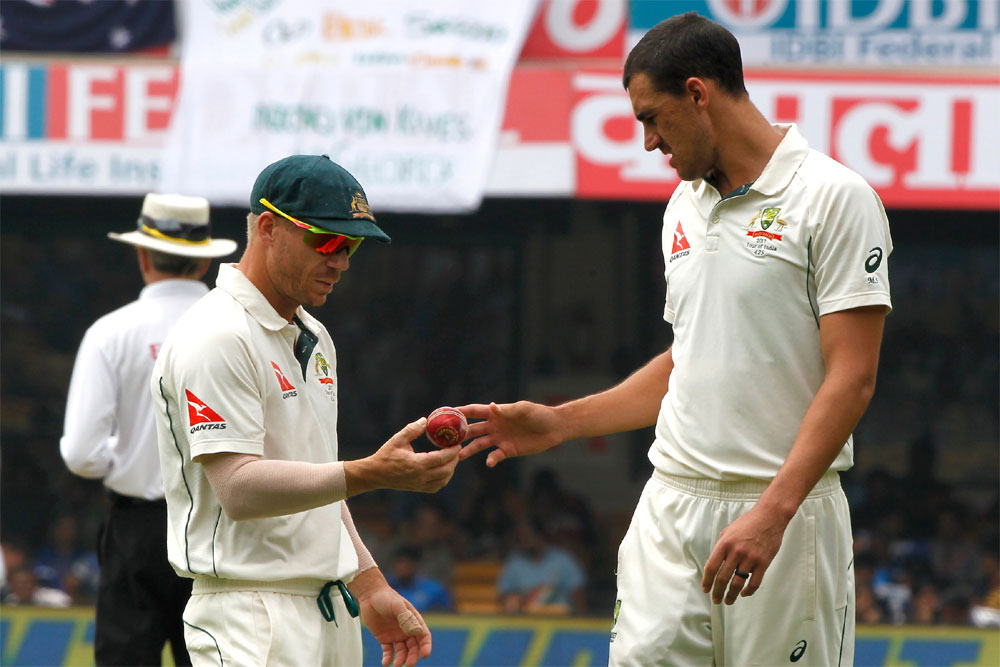 Johnson, the fifth-highest wicket-taker in Australian cricketing history behind Shane Warne, Glenn McGrath, Dennis Lillee and Nathan Lyon, poignantly described how the criticism by fans and media would constantly resonate in his head, causing his game and self-belief to disintegrate, as he brooded on it in lonely hotel rooms, away from his family.

Starc said much the same thing, about his own sub-par performance on India’s last tour to Australia two years ago. He has vowed not to let ‘the Noise get to him’ this time, and is quietly preparing for the upcoming series in the laid- back atmosphere of the Sheffield Shield and the NSW team nets, a world away from the spotlight of the Indian Premier League.

Coming from two tough, superbly skilled, successful athletes, these admissions are a real eye-opener of what the best international cricketers go through mentally, when things are not going well. Similar psychological pressures ended prolific England opener Marcus Trescothick’s Test career some years ago and caused batsman John Crawley to return home midway through an Ashes tour.

England woman cricketer Heather Knight recently spoke about the feeling of participating in “a weird social experiment” with regard to bubble stays and quarantine in hotel rooms and called it a ‘bit like being in a prison with a knock at the door three times a day with our meals.’

And it can only get worse for players stuck in such isolation for extended periods where the necessary emotional support system from friends and family is often non--existent. This is even more relevant in a sport that tends to wallow in a false sense of failure. As Knight added, ‘When you bat, if you don’t score a 50 or a 100, you sometimes think you’ve failed.’

This further adds to the pressure.

This is one issue that the International cricketing community will have to take serious note of and find ways to address. The sooner the better.

When India return, they go straightaway into the Test and one-day series against England as international cricket moves closer to a split-team era to handle near unmanageable congestion of the heavily backlogged post--COVID international calendar.

At the start of 2021, England and Australia will probably have to field separate international squads in different countries, playing separate series simultaneously. While England are expected to play in Pakistan at the beginning of the year, they are also supposed to play two Tests against Sri Lanka at around the same time, and a five-match Test series against India soon after.

The only way to manage this would be to send separate squads on simultaneous tours. It has happened earlier in 1930, when England played two Test matches on the same day, one against West Indies in Bridgetown, the other, 9,000 miles away, against New Zealand in Christchurch. More recently, in 2017 Australia started a Test match against India in Pune the day after they had played a T20 against Sri Lanka in Adelaide.

Apart from the mammoth touring parties - India have 28 plus four players in their contingent in Australia - split sides of the same nation playing simultaneously in different countries could become the latest reality in the reinvented International cricket of the post COVID era.

To keep international cricket afloat in these times, there may not be much of a choice in view of the pressure from broadcast companies to offset the cancellations caused by the pandemic.

(The writer, a retired Wing Commander and played Ranji Trophy for the Services team. Views are personal)