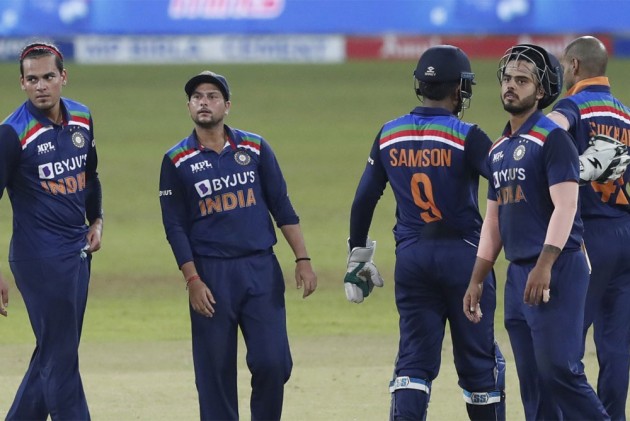 A positive COVID test and its associated protocols meant that India were left with just 11 players to field a team from their original squad of 20 in Sri Lanka and for the first time, played two T20 International matches with a combination of just five batsmen and six bowlers. (More Cricket News)

Everyone in the original squad got a game on this tour, plus one of the net bowlers as well and the total number of international debuts made across the two formats on this short tour went into double figures, something that has never happened before and is unlikely to happen again.

By the time the second game of the T20 series came around, the Indian cricket team was in disarray with COVID quarantines that meant that a number of young players who in the normal course would have probably sat out these matches, got to play. And therein lay a tale of missed opportunities by the youngsters who failed to cash in on the marvellous gift of an India cap that they were so unexpectedly presented with. They were expected to step up and come to the party, but that didn’t happen.

And for once India’s batting which had looked so strong in the ODIs, seemed an embarrassment, especially in the third T20 where the young batsmen did not seem to have a clue about playing spin on a responsive Premadasa surface.

So, what did India take away from the tour? Suryakumar Yadav, Prithvi Shaw, Ishan Kishan, even Sanju Samson to an extent, dominated in the ODIs and played fast, exciting knocks but couldn’t go on to post the big scores that would have guaranteed their places in the combined Indian side later.  Indeed, Yadav and Shaw were scheduled to fly to England to join the Indian Test side as reinforcements, till COVID put paid to that opportunity for the time being.

And the others just didn’t do enough, especially in the hugely disrupted T20 series that turned out to be a bit of nothing really.

So, an experiment that promised much finally turned out to be a disappointment in the end. And India’s young white-ball brigade, picked mainly on the basis of their IPL performances will probably need to wait a little longer to establish their credentials in international cricket.

There were two lessons which emerged from this tour. The first one being the worrying fact that young Indian batsmen are not playing spin well anymore. And the second, equally worrying, was the fact that once settled, they are not going on to big scores, preferring to bat brilliantly for a quick 40 or thereabouts, instead.

Both probably the result of playing too much T20 cricket on collar front wickets, where the ball comes perfectly on to the bat and everything else is heavily loaded in favour of the batsmen.

In that sense the IPL, for all the riches that it has thrown up for Indian cricket in recent years, may prove to have long standing negative effects on its traditional strong points, which has always included an ability to play spin well, at all times.

Not so, this bunch of young players it seems and the likes of Devdutt Padikkal, Samson, Ruturaj Gaekwad and Rana, all of whom have great IPL records, failed to grab their opportunities on pitches very similar to the ones at home and looked out of their depth against a young Sri Lankan side that was missing most of its regular stars.

The same could be said for the Indian bowlers who didn’t really make the kind of impression that they would have liked to, although to be fair to them the batsmen didn’t give them enough runs to defend in the last two games. Barring the return of the spin twins Kuldeep Yadav and Yuzvendra Chahal to wicket-taking ways, the other young bowlers looked flat and not incisive enough. Even Bhuvneshwar Kumar is still not at his best and looked out of sorts at crucial moments.

So how many of them will make the T20 World Cup squad from here? Frankly not many one suspects and overall, the pathbreaking tour was in many ways, an opportunity lost, that did not run to script, so to say.

Skipper Shikhar Dhawan, his deputy Bhuvneshwar Kumar, Hardik Pandya, Chahal and to a lesser extent, Kuldip Yadav and Manish Pandey formed the ‘senior core group’ of this team. Unfortunately, none of them looks an absolute certainty for the ICC World Cup T20 squad at the end of it.

Amongst the young batsmen, obviously Suryakumar Yadav and Prithvi Shaw have made strong statements for themselves, even though their opportunities were severely curtailed by the COVID disruption. Ishan Kishan is in a similar situation too, while Sanju Samson along with the other young batsmen, was a huge disappointment.

All these young players have the capacity to score quickly and tear into an attack when they get going, but the question is, can they do it consistently enough against top opposition and even more importantly, go on to play the kind of knocks that win matches, as opposed to brief bursts of dazzling brilliance?

That question was supposed to have been settled on this tour, but didn’t, unfortunately.

(The author is a retired IAF Wing Commander and former Ranji Trophy player. Views are personal)