A former foreign service officer recounts the circumstances around Sikkim’s merger with India, as seen by him in close quarters 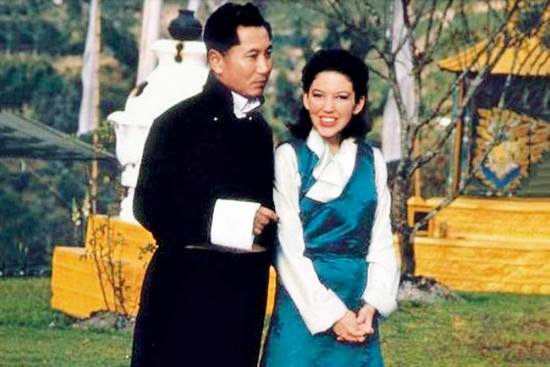 Ambassador Malik’s reminiscences of his years in Sikkim (1967-70) is a valuable addition to the number of memoirs emanating from retired IFS officers. Those were the years when the Chogyal of Sikkim, Paljor Thondup Namgyal, and his Gyalmo (consort), Hope Cooke, were starting their attempt to wriggle out of Sikkim’s treaty relations with India, which climaxed in 1975 with Sikkim’s integration into the Union of India (which Sunanda K. Datta-Ray portrayed as a “smash-and-grab” dacoity). Malik’s is an attempt to put the affair in perspective by a major observer, if not principal player, from up close.

Malik reached Gangtok, as deputy to Ambassador N.B. Menon, the political representative in Gangtok, in the aftermath of the armed clash with China in 1962 (and the spin-off clash at Nathu La in the year of his arrival) as also the repulsion in 1965 of Pakistan’s attempt to grab Jammu & Kashmir. Nehru was dead. Indira’s succession was confronted by a challenge from the very coterie that had made her PM. The security of India, not world peace, was the focus of Indian foreign policy.

It is this concatenation of events that sets the framework for Malik’s reflections. For most foreign service officers, there is one defining posting that stands out. In my case it is Karachi; in Hamid Ansari’s, it is his many tours of duty in West Asia; in Vijay Gokhale’s it is China; in Krishnan Srinivasan’s it is Bangladesh; in Bhaswati Mukherjee’s it is the European Union, and so on. These are recent publications. The longer citation would stretch back to K.P.S. Menon and his years in Kuomintang China and post-Stalin USSR and forward to Chandrashekhar Dasgupta’s forthcoming analysis of the transformation of East Pakistan into liberated Bangladesh. In Malik’s case, it is Sikkim, just five years after he joined the IFS.

What Malik saw and heard as deputy to Ambassador N.B. Menon only sets the background to his account. He spends much longer on a very informative and well-researched account of our Northeast frontier and relations with Tibet from pre-col­onial times to subsequent history. It is, on its own terms, convincing and comprehensive but I, for my part, find I have many holes to pick. Malik regrets that Nehru did not allow the Ministry of States to integrate Sikkim with India immediately after Independence, as was done with nearly 600 “princestans” (as Sandeep Bamzai had called them in a recent book), for the Chogyal was called ‘Maharajah’ by the Brits and was a member of the Chamber of Indian Princes. If Sikkim had then been integrated, that might have nipped in the bud the troubles that Malik and his colleagues experienced with the Chogyal. Instead, Nehru decided to treat Nepal, Bhutan and Sikkim as buffer states on our side of that great ‘paasbaan’, the Himalayas, while conceding ‘suzerainty’ over Tibet to China in exchange for a pledge of ‘autonomy’ for the Tibetans from China. Malik regards this as a woeful betrayal of India’s real security interests in pursuit of the chimera of Asian solidarity and Hindi-Cheeni bhai bhai. It is a perspective that will find ready resonance in most segments of informed Indian opinion and many other parts of the world.

India’s humiliation at the hands of China in 1962 incentivised the Chogyal’s incipient revolt, fed by the machinations of Hope Cooke and the Chogyal’s sister, Kukula.

India’s humiliation on the battlefield at the hands of communist China in 1962 incentivised the Chogyal’s incipient revolt, fed by the machinations of Hope Cooke (possibly in league with the CIA) and the Chogyal’s sister, Kukula, an inveterate opp­onent of Cooke’s in palace intrigue but on the same side in seeking liberation for her brother from the perceived Indian menace.

Inevitably, it is Sardar Patel’s letter to Nehru from the Sardar’s deathbed in November 1950 (drafted largely by Nehru’s secretary-general of external affairs, Sir Girija Shankar Bajpai) that is produced to prove Nehru’s naivete in dealing with the Chinese, most importantly abandoning the buffer state in Tibet that colonialism had (allegedly) bequeathed us in Tibet. In fact, the story of the Chogyal’s many transgressions, with the backing of his Indian collaborators, above all I.S. Chopra and Tikki Kaul, and P.N. Haksar with Indira Gandhi worsting this att­empt by securing Sikkim’s eventual merger into the Indian Union, is recounted in just one chapter, number 18 and, if you like, comments in the last chapter on “Conclusions”. The rest is a history of the region from the 7th century to the present, with dire warnings of the lessons to be learned from that history.

The hero of the narrative is Lord Curzon and the villain, in post-Independence India, is Jawaharlal Nehru. Curzon, Malik opines, understood the imperative for India’s security of making Tibet a buffer against the Chinese—except, of course, that that was not Curzon’s aim at all. He wanted to keep the Russians out—and Colonel Younghusband was sent on his notorious ‘expedition’ principally to find and extinguish the Russians. Alas, for the Curzon cheerers, there “were no Russian arsenals, no lurking Cossacks…the Russian bogey had turned out to be a phantom”. (Patrick French, Younghusband, Harper Perennial, 1994/2004, p. 241).

Curzon and Younghusband were reprimanded by the Secretary of State for India and the foreign secretary in London for not understanding that to involve the Tsarist Empire in the encirclement of the Kaiser’s Germany, an understanding had been reached that, at the outbreak of hostilities in Europe, Russia would open a second front against Germany. The understanding also pledged that both Britain and Russia would keep their hands off Tibet. Curzon broke that pledge and, in consequence, found his second term as Viceroy aborted. The Treaty of Lhasa that Younghusband had squeezed out of the Tibetans was largely repudiated by London, its harshest clauses substantially diluted. Indeed, the British government of India was determined to bring the Chinese into, not keep them out of, the subcontinent’s affairs. In the 1890s, they tried their utm­ost to get the Chinese empire to do its “duty” to guard its long border in Aksai Chin with Central Asia but failed. The Brits insisted on a Chinese presence at every settlement made by them that involved Tibet, from the 1893 trade agreement to the Darjeeling settlement to the Simla conference of 1914. So wedded were the Brits to Chinese sovereignty/suzerainty over Tibet that Sir Henry MacMahon did not attempt to get the eponymous MacMahon Line inscribed on the Survey of India’s official maps. That was accomplished only in 1932 at British Indian foreign secretary Sir Olaf Caroe’s instance. And yet, Zhou Enlai virtually accepted the MacMahon Line in his proposals for a border settlement presented to Nehru in April 1960. And after the Chinese in 1962 had reached the Brahmaputra valley, their troops were unilaterally withdrawn behind most of the MacMahon Line, even from Tawang, if not from Thagla Ridge.

The Chogyal’s transgressions, with the backing of his Indian collaborators, and P.N. Haksar with Indira Gandhi worsting these attempts by securing Sikkim’s mer­ger is rec­­ounted in just one chapter.

As for Aksai Chin, the British legacy to independent India inc­luded official maps that showed the whole of the plateau, ‘where not a blade of grass grows’, as unsettled. It was Nehru in 1954, the year he signed the India-China agreement on Tibet, who converted the ‘flexible frontiers’ of British India on her northern borders into cartographic fixed lines by ordering the Survey of India to show all of Aksai Chin as belonging to India. This was in answer to the Chinese building the Xinjiang-Lhasa road across the plateau without India getting an inkling of what was happening on territory that the Brits had left ‘unsettled’ and independent India unadministered.

In the immediate aftermath of Independence, Nehru saved us from being involved in the war with ‘godless communism’ that the West were fighting (and losing) over decades in our part of the world (Korea, Quemoy/Matsu/Formosa, Vietnam, Laos, Cambodia; and, later, in Yemen, Iraq, Afghanistan). Nehru lost out only when in 1959-60 his China policy became inconsistent. Rajiv Gandhi tried to rectify that and in 1988 succeeded in ens­uring peace and tranquility for three decades. Now, we are back to hostilities.

Unlike Ambassador Malik, and virtually all our IFS experts on China, I laud the proto-Nehru of 1949-59 and regret the deutero-Nehru of post-1959. On a vote, an overwhelming majority of Indians will vote for Preet Mohan Singh Malik. More’s the pity. Do read his book.

Without Malice Towards None: A Peek Into Shashi Tharoor’s World

Revivalist Intervention: A Roadmap For A New Way Of Imagining Our Past

For Better Or For Verse: Sanjeev Sethi’s Hesitancies Captures The Dystopian Post-pandemic World

How Gandhi’s Views On Religion, Politics Shaped His Philosophy Of Ahimsa

Book Review: A Searing Tale Of Love, Loss And Longing

Women Who Wear Only Themselves: A Brilliant Tale Of Carving A Spiritual Path