If elite institutions take the lead to break their silos, ‘online learning’ could revolutionise the knowledge landscape 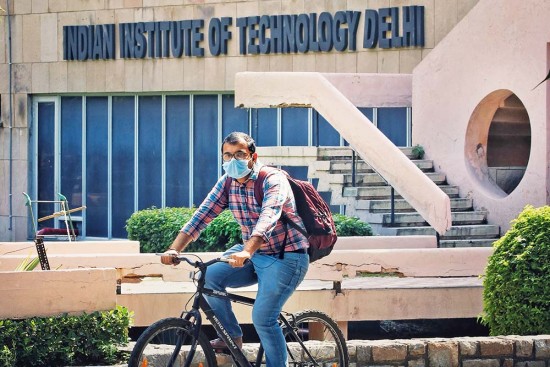 Sometimes an ad hoc response to a crisis can open our eyes to immense possibilities that remained inadequately explored in ‘normal’ times. In the education space, the Covid pandemic brought with it the challenge of finding ways to make classes possible without classrooms. ‘Online learning’ became a buzzword, with institutions, families and communities exposed to it like never before. Now that we know aspects of the classroom experience can be replicated online on a massive scale, it’s time to throw open the doors of imagination to all that the online mode can do in enabling greater ­‘democracy’ in production and dissemination of knowledge. For instance, can the metaphorical moat around the university—the arche­typal fortress of knowledge ­production—be crossed both ways, so that its knowledge resources are accessible even to those who are outside?

Among those outside are large numbers of school students, many of whom would never enter an institute of higher education. IIT-Delhi’s recent initiative for school stude­nts—Sci-Tech Spins—gives a peek into what the evolution of ‘knowledge democracy’ could look like. The online workshop was initially meant only for students of Kendriya Vidyalayas in the national capital region. Following a barrage of emails and letters from government and private-run schools across India, all requesting access to the workshop, Sci-Tech Spins was made open to all. The online workshop was also streamed live on YouTube. Participants ­included students and teachers from schools in Assam, Manipur, Andhra Pradesh and Kerala. The chat box is testimony to the ­enthusiasm of students who couldn’t enrol for the workshop and were watching it live on YouTube.