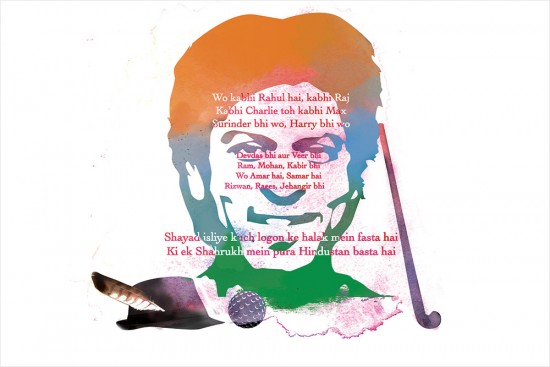 I too shared the poem on my social media. But it was not for its depiction of Shah Rukh as a digital collage of secular harmony, or what corporate HR likes to call diversity and inclusion. I often think of this posterised idea, common in liberal iconography, as the realism model of nationalism. More and more kinds of people can represent India—but on the basis of whose definition of India? And what happens to differing definitions? In other words, perhaps one idea of India (unity in diversity or Hindutva) is insufficient to convey Indianness, quite like realism is insufficient to convey all of reality with its tangle of desire, emotion and fantasy, or like marriage is insufficient to ­encompass the idea of love.