The cast in Ray’s movies stand out—children and adults with no acting experience, theatre actors and superstars... 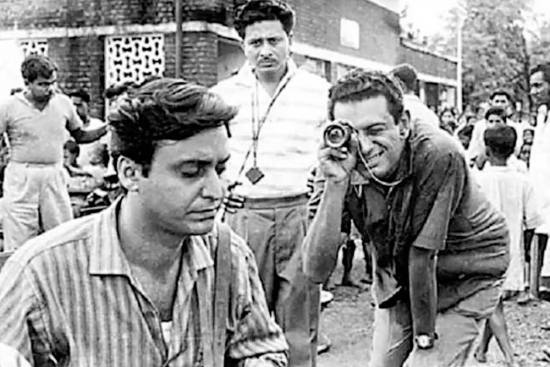 Satyajit Ray’s exceptional and visionary filmmaking has drawn sustained intelligent attention from scholars and cinephiles over the past several decades. As we look back to his prolific body of work over four decades, one aspect we often attribute implicitly to his creative genius or simply happenstance is his unerring eye for casting actors to parts they appeared to have been born to play. Today casting directors conduct auditions on an industrial scale to match the actor (or actor aspirant) to the part, while several parts are written with stars in mind and the role tweaked to accommodate their quirks and cloak their limitations. Given the shoestring budgets Ray worked with, it would not have been feasible to rely on someone else to match actors to the parts he had meticulou­sly written himself and he preferred to retain creative control over as many departments of the filmmaking process as he possibly could to retain his own authorial signature in the final impression. His keen literary sensibility was matched by a remarkable clarity in visualising the scenography, actor and their complete character arcs in his head before filming would formally commence.

Ray worked with all kinds of actors—children and adults with no previous acting experience, professional theatre actors and superstars from Bengal, Bombay and Britain (as evinced by Richard Attenborough playing General James Outram, the Bayard of India, in The Chess Players; Shatranj ke Khiladi, 1977). The casting masterstroke most revelatory of his genius was Uttam Kumar in Nayak, one of only two times he collaborated with the celebrated matinee idol. Nayak is unmatched as a film even today in an industry given to frequent, tiresome and vacuous navel gazing in the film within the film format or beyond, one that unravels the psychology and misgivings of a superstar and it is difficult to think of anybody other than Uttam Kumar as Arindam Mukherjee in the eponymous role.