From Bihar to Mumbai, Manoj Bajpayee’s story is an inspiration to small-town actors 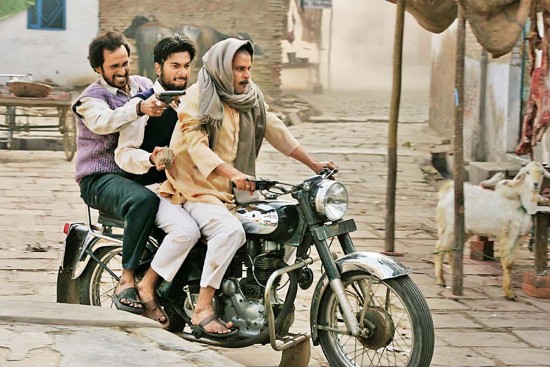 Artistes like us from Bihar and elsewhere draw a lot of inspiration from the success of Manoj Bajpayee—always Bhaiya to me—in the film industry. I still remember the day when I watched Satya at Apsara Cinema in Patna. The year was 1998. It was kind of surreal for aspiring actors like me—the man who played the character of Bhiku Mhatre was from our own Bihar, Belwa village in West Champaran district. It was just the kind of inspiring story I needed.

Manoj Bhaiya has certainly been an inspiration all through my journey of becoming an actor. But there is another interesting story that connects my journey to him. Once, Manoj Bhaiya was in Motihari for the shooting of Shool (1999) and stayed at Maurya Hotel in Patna where I worked those days, doing theatre. After Manoj Bhaiya checked out from the hotel, a housekeeping staff told me that Bhaiya had forgotten to take his slippers. I immediately asked him to give them to me. I thought maybe his chappal would bring me luck, that if I wore them, the doors of success in the film industry would also open up for me. Along the way, I drew inspiration from Manoj Bhaiya—to work hard to hone my craft, refine it further by doing theatre, because I didn’t know anybody in the ind­ustry and the only way of succeeding was through hard work.

Last year, Manoj Bhaiya got the best actor award for The Family Man Season 1 and I got the Critics Guild Award for best supporting actor for Mirzapur. For me, this award was different as it was for performance on OTT, and with the person who made me an actor.

ALSO READ: Method Hero: The King Of OTT Is...