3348 km Of Boundary To Share, Why India And China Can Never Be At Peace 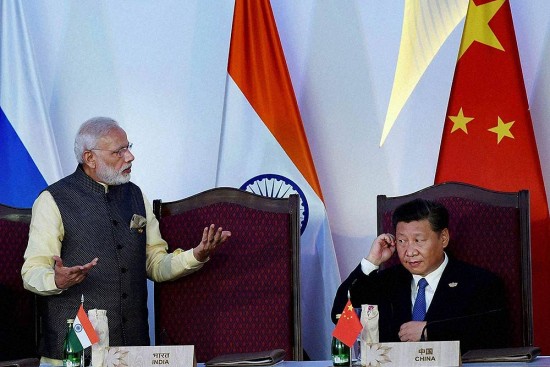 A  telephone conversation between Donald Trump and Narendra Modi, at a time when Indian and Chinese soldiers are locked in a boundary face-off in Ladakh and Sikkim for nearly a month, is bound to spark off speculation in diplomatic and political circles. Ostensibly, the US President wanted to invite the Indian Prime Minister for the forthcoming G7 Summit—a desire that Trump had aired a few times recently. On May 29, he had expressed his desire to mediate between India and China on the rising tension at the LAC, claiming that he had spoken to Modi about it. That offer was politely turned down by New Delhi; the claim that the two had spoken quietly refuted.

However, in their actual confab on June 2, Modi expressed concern over the civil unrest in the US; Trump also wanted to know about the situation at the LAC. He was told it was under control and that India and China were aiming to resolve it through dialogue. But many are trying to divine the true import of the US President’s call, inasmuch as he is engaged in a tussle with China over global dominance.