And Thus A Desh Was Born

Pakistan’s egregious folly in its eastern wing sparked a socio-political crisis of biblical magnitude. The resultant war with India birthed Bangladesh. At the dawn of the 1971 war’s golden jubilee, we remember the Indian military’s finest hour. 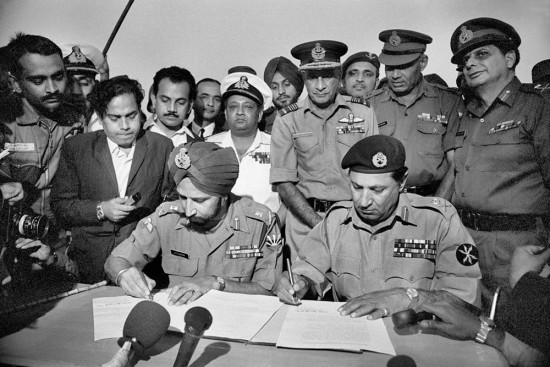 We are at the dawn of the golden jubilee year of India’s spectacular victory against Pakistan in an all-out war, fought on two fronts, bringing an end to the atrocities and carnage perpetrated by Pakistan on a peace-loving people in erstwhile East Pakistan. It is time to remember and reflect upon the sacrifices, complexity of stakes and decisions that altered the course of the Indian sub-continent’s history, besides redrawing its geography. Significantly, India catapulted itself as a power to be reckoned with in the world order. On December 16-17, 1971, over 92,000 West Pakistani soldiers, sailors, airmen, paramilitary personnel, policemen and civilians surrendered to India in East Pakistan, ending 24 years of Pakistani rule. Bangladesh was finally liberated!

The sacrifices were immense: 12,189 personnel of India’s armed forces were either killed, reported missing or wounded with lifelong disabilities.