Pharmacists have been prescribing medicines because more than 1,300 of the 8,729 sanctioned doctors’ posts in the state are vacant. 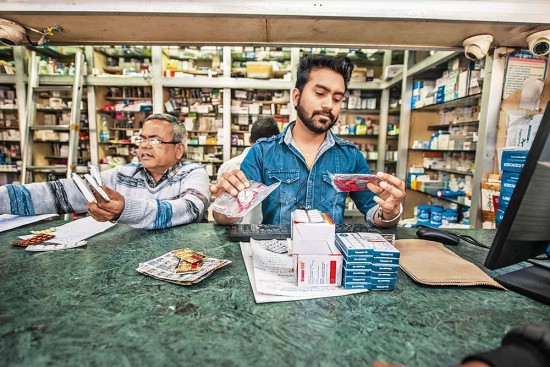 Ignace Kujur can’t understand what the fuss is about. Like most people in his area, this Adivasi from Dudukabahal village in Odisha’s Sundargarh district goes to the pharmacist at the local public health centre (PHC) when anybody in the family falls ill. He sounds perplexed when told about the row over the Odisha government allowing pharmacists to treat 12 ‘minor diseases’, including malaria and respiratory tract infection, in the absence of doctors. “I cannot remember the last time I saw a doctor in the hospital. For us, the pharmacist is the doctor,” he says.

Notified on September 21, the government’s decision has evoked a mixed response from doctors and pharmacists. Most doctors see it as encroachment into their domain, though some say it would lighten the burden on overworked doctors, especially in government hospitals. Among those with reservations on the decision is Dr Siddharth Sahu, a consulting orthopaedic surgeon in Bhubaneswar. “Prescribing medicines is not as simple as it appears. Pharmacists are not trained in diagnosis and cannot handle complications related to medication,” says Dr Sahu, adding there is no clarity on whether pharmacists would be trained first. Dr Narayan Rout, president of Odisha Medical Services Association (OMSA), however, points out that pharmacists have been all­owed to prescribe medicines for some diseases since 2003. “The recent order only adds a few more diseases to the list,” he says. Indeed, pharmacists in rural PHCs have anyway been providing medicines to patients in the abs­ence of doctors.

Dr Rout’s predecessor at OMSA, Dr Nirakar Bhatt, feels the government should focus on recruiting more doctors rather than entrusting their job to pharmacists. More than 1,300 of the 8,729 sanctioned doctors’ posts in the state are vacant, mostly in rural PHCs.

Like doctors, pharmacists too are div­ided on the issue. While one section welcomes the move, another is worried about the risks involved. “Many PHCs have one or no doctor. Poor pat­ients would be forced to buy medicines from the open market if pharmacists are not allowed to provide medicines from the government supply,” says Naveen Mohapatra, president of the Odisha Pharmacists’ Service Association. But Dr. Mihir Kumar Kar, coordinator of the Odisha Pharmacy Intellectual Forum, fears the government move could lead to a spate of cases against pharmacists under the Medical Negligence Act in case something goes wrong. “Pharmacists run the risk of being hauled up in case there is an adverse reaction to a medicine. They need immunity from prosecution,” he says.

(This appeared in the print edition as "My Doctor, The Chemist")

By Sandeep Sahu in Bhubaneswar