Ashes of the Hathras gang rape victim remain in a pitcher as her father waits for ‘hanging’ of the guilty to immerse them in Ganga. 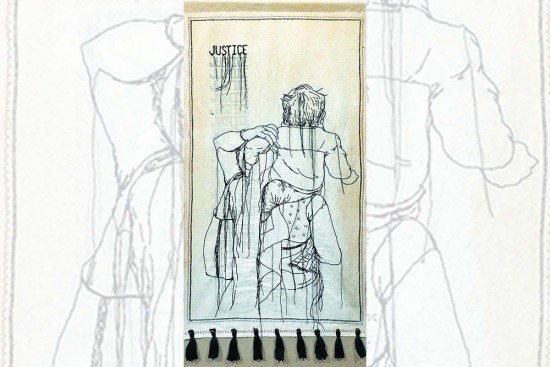 A metal pitcher, its shine dulled over time, sits in one corner of the room. It is the same room which was once hers. Now only her ashes remain. She was just 19 when she died, a fortnight after she was gang-raped, allegedly by four upper-caste men of the village—Bulgarhi in Uttar Pradesh’s Hathras district. The youngest among five children of the Dalit family, she was the family’s princess. Her grieving father now has only one wish. To complete the customary immersion of his daughter’s ashes in the holy river, to ensure her soul achieves salvation. But that will have to wait. “We will not immerse the ashes in the Ganga till the time we get justice. We want all the accused hanged,” he says.

In the modest two-room, brick-and-mortar house of the family—now protected round-the-clock by a team of CRPF personnel—time stands still. And memories of the woman brutalised while collecting fodder for their cattle continue to haunt the living. Left severely paralysed after the sexual assault, the woman passed away at a Delhi hospital on September 29, 2020. Local pol­ice cremated her body the same night, allegedly without informing the family, sparking nationwide anger and indignation over the insensitive handling of the case. Subsequently, the case was handed over to the CBI. All four accused are now in jail pending trial. Family members say they were not even allowed a last look at her remains.