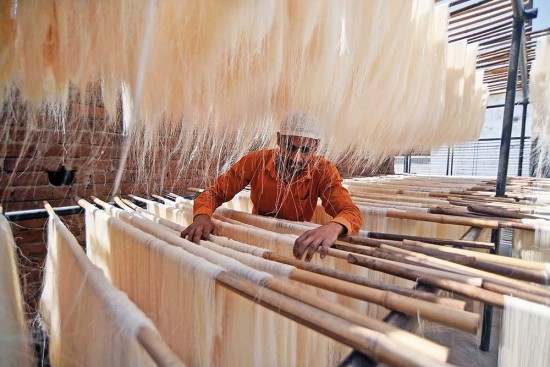 The debate on the caste census must be rescued from the immediacy of electoral pragmatics and party passions and relaunched as a dialogue among citizens on the very nature of nationhood and democracy that we would like to bequeath to the next generations. In this sense, the decennial census must be positioned as a cartographic exercise that dynamically mirrors India’s immense cultural diversity and socio-economic inequality, including caste. The postcolonial interruption in the colonial practice of counting caste in the census by dropping it is paradoxical. Mainly because the background assumptions against ‘caste’ enumeration—that it promotes caste populism, competitive casteism, social divisions, votebank politics, and so on—are severely undercut by the subsequent retention of ‘religion’, a category that is vulnerable to similar fallouts. In the imagination of the ruling elite, it seems, all socio-cultural divisions are equal, but some are more equal than others. The elite repression of caste enumeration—encapsulated in what Gail Omvedt refers to as the “three monkeys” policy: see no caste, hear no caste, speak no caste—stands in sharp contrast to the valorisation of religion as a category. I will return to this point later.

Dr B.R. Ambedkar envisaged the annihilation of caste as central to the nation-building project. In his view, castes were anti-national “because they bring about separation in social life” and “generate jealousy and antipathy between caste and caste”. Dr Ram Manohar Lohia held that “shrinkage and contraction of opportunity and ability is a necessary accompaniment of caste. Whatever bureaucratic ability there is in the country, is to be found among Brahmins and Kayasthas, and business ability among Vaisyas, and 90 per cent of the country’s population and its natural abilities in these spheres have become atrophied and paralysed […] Caste means depriving the people of their abilities and that is the most important reason why the Indian people are so backward and so often have been enslaved”. In the views of these two anti-caste leaders, caste needed to be engaged with for any meaningful nation-building exercise and realising the optimum potential of ordinary citizens. This view stood in marked contrast to the early Congress-Left position that caste, as a remnant of tradition, will wither away with state-led modern developmentalism. In any case, orientalist-colonial attempts at the religionisation of caste and its ordering through scriptural hierarchy had consistently underplayed caste’s secular and power dimensions. Caste proved resilient and continues to inform social stratification, democratic politics and the notion of community in complex ways.

Caste is intimately connected to social stratification, the play of privilege and the relationship between class and occupation. A comprehensively designed census that includes caste will reveal the precise numbers of castes/communities and their control of material and cultural power: land, capital, employment, incomes, access to education, health, credit, and so on. This data will be instrumental in deciding categorical revisions and inclusion/exclusion of castes/communities in the domain of affirmative action (reservations) and redistributive policies on a more scientific basis. The lack of precise caste data has been a bone of contention, particularly in the subcategorisation debate across SC, ST, OBC, and General categories, fuelling unwarranted divisive passions. The Pasmanda movement, which mobilises subordinated Muslim castes against elite-caste Ashraf Muslim hegemony, has sought fairer accommodation within the reservation policy for Backward, Dalit and Adivasi Muslims. In the BJP Orissa conclave in 2017, PM Narendra Modi stressed that “there are OBCs even among the Muslims and other religions. The benefits meant for OBCs are also for them and should go to the Muslim OBCs too […] these welfare measures are usurped by the Syeds and Pathans”. However, the absence of reliable data on Muslim castes is a significant impediment to this objective. The guesstimate for the population of Pasmanda Muslims within Muslims, accepted by experts and leaders like P.S. Krishnan, Sheikh Rahim Mondal, Syed Shahabuddin, Ali Anwar and so on, is about 85 per cent. But without a caste census, it is difficult to estimate the demographic strength and socio-economic status of Backward, Dalit and Adivasi Muslims, and various caste groups within, with some confidence. The available NSSO data suffers from various methodological limitations and does not serve the policy pur­poses adequately. 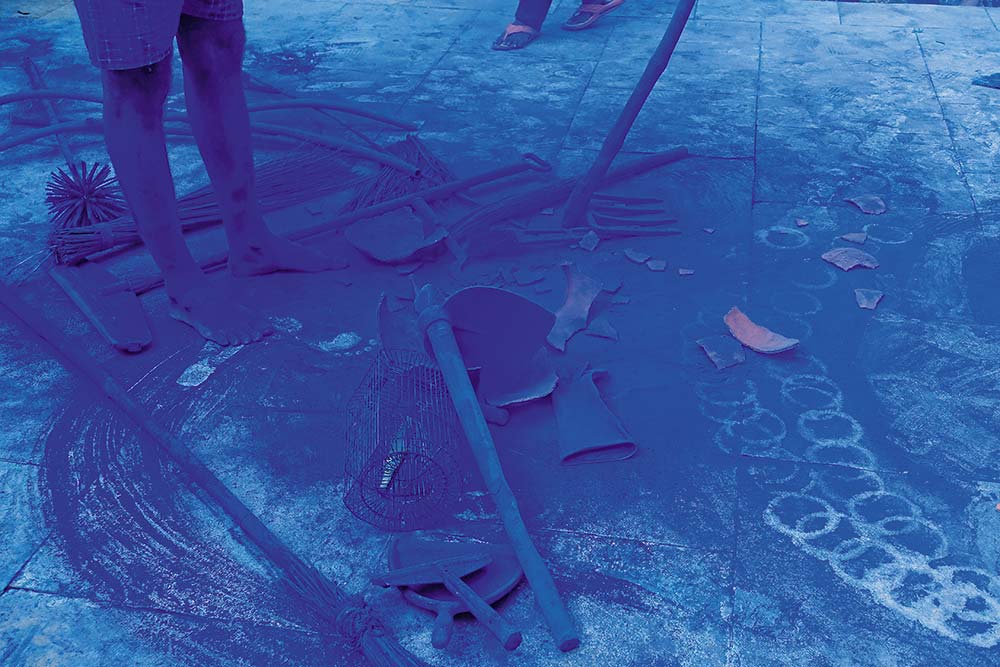 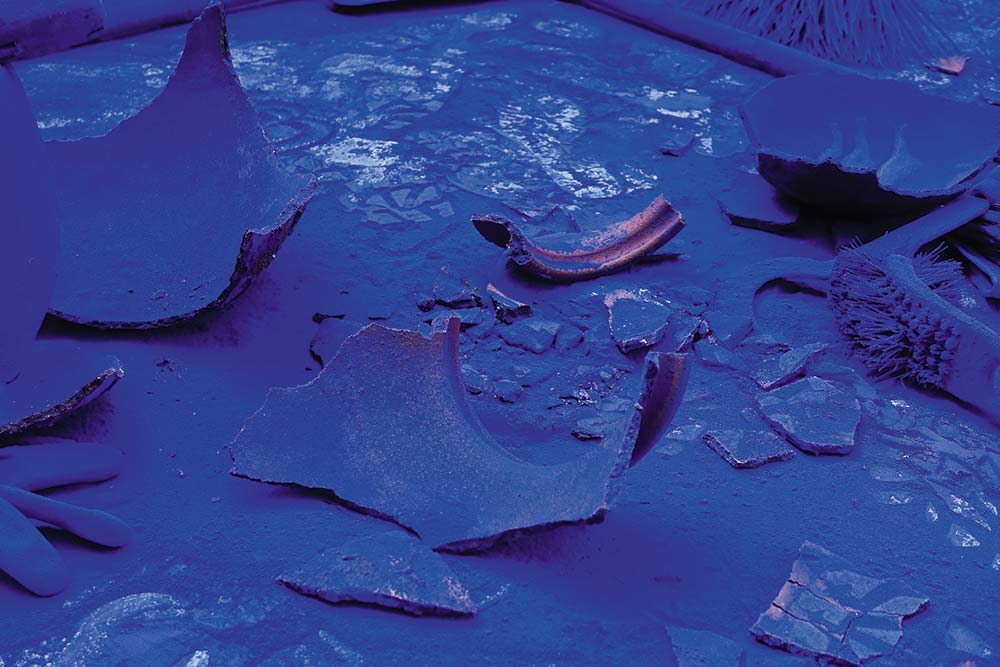 The Stain: Performance by Prabhakar Kamble

Even in the late colonial period, the relationship between caste, class and occupation was never watertight. A significant number of members of particular castes were employed in non-hereditary occupations, and upward and downward mobility was witnessed across cas­tes at varying levels. In the neoliberal context, a case is often made that some sections of the landed elite and dominant castes may have slid down the class ladder due to the deep-seated agrarian crisis and the uneven effects of the penetration of market logic in the countryside. Also, a section among the subordinated Bahujan castes may have witnessed upward mobility due to the ameliorative impact of reservation and welfare policies. While in the former, the rupture between the memory of historical privilege and recent decline makes them especially prone to hurt sentiments and violence, the latter, with possibilities of access to the modern consumerist utopia, often attempt to transcend stigma by invisibilising caste. Such an account needs to be tested through valid data, because it has a vital role in understanding social violence and democratic politics. Not­ions of identity and community often mediate class experiences. In the context of Britain, Stuart Hall suggested that “race is…the modality in which class is ‘lived,’ the medium through which class relations are experienced, the form in which it is appropriated and ‘fought through’”. Caste, the storehouse of social power in South Asia, often constitutes the crucial site where class is lived out and contested. There is a history of caste associations in India where castes negotiate democratic politics—recognition, representation, redistribution—as well as reform, as ethnicised communities. Even most subordinated caste groups across religions develop their mythologies of origin, replacing symbolisms of humiliation with pride, while tracing their heroes/icons. Caste is reinvented as a cherished identity, a community in its own right with all its implied holistic meanings, and ceases to be a marker that mainly sig­ni­fied injury. The affective hold of caste manifests itself most furiously in the matrimonial columns in newspapers and buttresses the intuitive sense that inter-caste marriages are rare indeed. A recent estimate suggests that 95 per cent of marital alliances take place within castes in India. The feature of caste endogamy, particularly the transfer of wealth through inheritance to successive generations, may be a binding site for social power and status reproduction, and explains the violence meted out to inti­mate and sexual transgressions outside castes/communities. In the US, there is accurate data available for interracial marriages. A comprehensive caste census will reveal the data on inter-caste/community marriages in India too.

Across religions, even subordinate caste groups develop their myths of origin, replacing symbols of humiliation with pride, while tracing their heroes/icons.

The reluctance to a comprehensive caste census comes primarily from the pan-religion caste elites that hold deep and understandable anxieties about getting their privilege and dominance within the system examined. Historically, the elite caste sections have instrumentally used religion as a proxy for securing their interests in the democratic game. At one level, the politicised religious identity invisibilises their numerical inferiority. At another, the religion-based fantasies and myths may be deployed as a containment stra­tegy vis-à-vis the democratic assertion of subaltern cas­tes. The campaigns spearheaded by the Hindu Maha­sabha and Muslim League in the late colonial period, where the subjugated castes were urged to mention their religion and not caste in the census returns, exemplify this. How­ever, elite caste groups must be more reflexive on the question of the caste census. That exercise will only confirm that which intuitively most citizens already know: the mono­poly of elite castes over resources and power. Caste mon­opolies will continue to be challenged by subaltern sections irrespective of the fate of caste in the census.

Moreover, neither the elite castes nor the subaltern castes are immune from the uneven development, pauperisation and primitive accumulation typical of neoliberal, corporate and crony capitalism. The ability of a handful of corporate bigwigs to decide the fate of millions is frightening. At one level, corporates corner the profits by making the intellectual/manual working- class redundant by increasing automation and application of artificial intelligence. At another, the social costs of mental health issues and restorative violence (caste atrocity, communal riots, lynchings, sexual violence) are borne by ordinary citizens across castes/classes. Dr Ambedkar had remarked clearly that political democracy is unsustainable without social and economic democracy. Democracy can only be conceptualised as a regime that ensures the participation of the people in decision-making processes that aff­ect them across spheres—politics, workplace, fami­lies—and guarantees decent equality of opportunity and outcomes for all. If democracy does not expand incrementally, it manifests itself in the morbid pathologies of repression and violence that we witness today. A caste census alone cannot be a solution, but it can enable a meaningful and informed conversation on what the nation or democracy can mean in our times. A citizen’s apathy on this issue is a sure recipe for disaster. PM Narendra Modi is reported to have been mulling on this issue. It will take its own time, and the results will not be immediately available. There is no reason per se to link it with the immediate electoral calculus and the restrictive anxieties around the expansion of the OBC quota, and so on. All castes across religions need to be enumerated. PM Modi is known for taking bold steps that at times run against popular opinion. A comprehensive caste census will be a crucial test of his leadership.

(This appeared in the print edition as "Not Just To Count, But To Weigh")

In Search Of Individual Caste Identity, Dalits Are No Longer One Cohesive Vote Bank

Gender As A Caste: How Does Women Fit Into Vote-Bank Politics

Cycle Of Life: Nitish Kumar Shows How To Win Over Women And Win Elections

(The author is a researcher and educator associated with the South Asian Americans Leading Together, SAALT, and the International Simagine Research Consortium. He tweets @KhalidAAnsari4. The views are personal.)