The caste census must not be bound up in a scarlet letter: it is a vital tool to unlock India's real potential 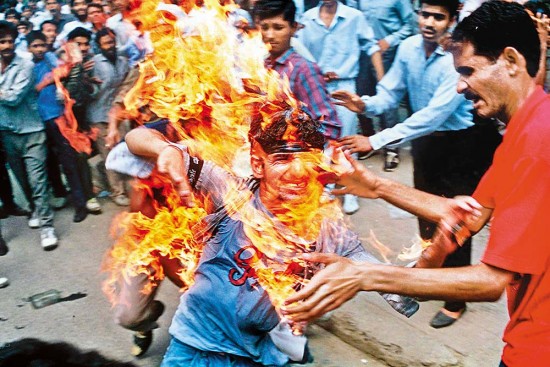 State policy to provide ­reservation of jobs and ­educational seats for backward classes is an integral part of the vision of social ­reform that emanated from the anti-­Brahminical movement. It was ­therefore only to be expected that ­opposition to reservation would come from within Brahminism. At its core, reservation is anti-Brahminical. And anti-reservationism is Brahminical—reading that term as referring to the desire for an entrenched monopoly over socio-economic power. Chhatrapati Shahu, the progressive Maharaja of Kolhapur and a staunch advocate of the rights of non-Brahmin communities, established the first ­government policy of reservations in 1902 in the shadow of Jyotiba Phule’s social reform movement. The Justice Party, formed in 1916 by the anti-­Brahminical movement, was the first to implement reservations in British India, in the Madras Presidency, in 1921. Before that, the 1891 Malayali Memorial, demanding a guaranteed share of representation for Malayalis in Travancore, was an agitation against the undue domination of public ­services by Brahmins.

Brahminism, as used here, is neither religious nor social nor philosophical. Here, it refers to the political ideology of oligarchy (rule of the few) that gives savarnas unchallenged monopoly ­control over India. The purpose of the anti-Brahminical movement is to ­dismantle this oligarchy. It is not a movement directed against individuals, social groups or any religion—as Periyar, one of its pre-eminent leaders, has clarified time and again. History teaches us that oligarchies are ­unstable and breed weak societies. Exclusion of communities—the ­essential quality of oligarchies—creates a breeding ground for civil strife. Dismantling oligarchy is essential for securing social stability, unity and peace in the country and for unleashing the potential of excluded communities—the benefit of which devolves on India as a whole. Thus, there ­cannot be peace, harmony or progress under an oligarchy.

Sadly, more than a century after our great social reform movements, Brahminical oligarchy is stronger than ever. A 2011 study, Corporate Boards in India: Blocked by Caste?—published in the Economic and Political Weekly in 2012—found that some 93 per cent of the board ­members of India’s top corporations are from the Brahmin and Baniya castes. An IIM Bangalore paper titled Firms of a Feather Merge Together: Cultural Proximity and Firms’ Outcome found that a large percentage of mergers and acquisitions (M&As) in India occur between businesses whose directors belong to the same caste group, with negative ­consequences —“caste-proximate M&A deals create less value than caste-distant deals for both acquirer and target”. And a 2018 paper by Nitin Kumar Bharti, Wealth Inequality, Class and Caste in India, 1961-2012, published by the World Inequality Database of the World Inequality Lab and the Paris School of Economics, finds: “Caste still plays an important role in Indian society…. Economic outcomes do not see a converging trend. The relative growth of (the backward) castes is either stable or declining…. The ordering of ­averages based on any economic or ­educational parameters of different castes follow the caste hierarchy.… The measures of positive discrimination are not working on average.”

Reservation is not merely an “affirmative action” measure to overcome social ­discrimination. It is certainly not to be seen in the limited frame of a poverty ­alleviation strategy. In India, reservation is a political tool: it aims to dismantle caste oligarchy by getting members of the excluded classes and ­communities into the “commanding heights” of the State. It is a ­constitutional tool for social revolution—to overthrow varna-based ­oligarchy, and replace it with a democratic, constitutional social order based on individual freedom and equality. This has been the role of ­reservations from the very beginning. This is a goal well beyond the scope of any affirmative action or poverty alleviation policy.

It is precisely because the Brahminist oligarchy fully recognised the ­potent political threat posed by reservations, and because its members were keen to secure their monopoly control over the new republic, that they looked at reservations with great hostility from the outset in post-­independence India. After refusing to implement and thus rendering ­infructuous the 1955 report of the Kaka Kalelkar Commission—the first to be appointed under the Constitution to investigate the ­conditions of socially and educationally backward classes—the Nehru ­government decided not to have either reservations for backward classes in the central government or an all-India list of backward classes. It wrote to the states in August 1961 that they had the discretion to define backwardness, identify backward communities and implement reservations at the state level. Crucially, the Union told the states that it would be better to ­identify backwardness by economic criteria rather than by caste.

Caste census is being blocked as it will measure the size of the ­oligarchy and ­reinforce the need to dismantle it.

This was the first post-’47 gambit against reservations—Machia­vellian by any standards. A poli­tical measure to bring about a rapid revolutionary change in India’s social character and dismantle a pernicious oligarchy was misrepresented as a poverty alleviation measure to combat economic backwardness and poverty—so that it could not be used to change the caste character of the State or break savarna oligarchy. Rather than use “ade­quacy of representation” as the organising principle for reservations, as the Constitution intended, the government sought to use “backwardness” as its organising principle so as to nullify the move to change the caste composition of State power. Shifting the organi­sing principle of reservations from anti-Brahminism to backwardness, starting with the Kaka Kalelkar ­commission report, has allowed the oligarchy to demand economic reser­vations instead of caste reservations.

The implementation of the 1980 Mandal Commission Report began to have the expected political impact, ­albeit in a very muted way. The social character of the State became a ­national political issue. The demand for measuring community shares and exposing the oligarchy began. The backlash was a major, multi-pronged attack on reservations, which is still ongoing. Quantum of reservations was reduced to a maximum of 50 per cent; the creamy layer of OBCs was excluded from reservations; reservations in promotions were denied to OBCs. Some judgments have been trying to downgrade reservations from being a fundamental right to a discretionary measure—a blatant misinterpretation of the Constitution. EWS reservations were introduced, marking the shift to the economic criterion even more overt. In a mysterious 2018 move, the Union sought to divest from states their power to identify backward classes at the state level, only to restore it nearly three years later, probably fearing that the vortex of ­conflicts over inclusion in social reservation lists would shift to Delhi.

The oligarchy has killed merit in public institutions. It retained the ­outmoded, pre-modern, colonial approach to merit—defined as marks scored in one-off standardised tests. It kept alive the Brahminical ­superstition that merit lies in the mix of three gunas infused by God in souls in proportion to the karma of people, revealed by the quality of their birth as determined by God. The Brahminical system of merit is nothing other than a feudal system of reserving wealth and power for the children of the oligarchy—rather than unlocking the huge potential that lies ­deliberately untapped in India.

The caste census is being blocked because a systematic measurement of caste numbers in our population as well as in education and public ­employment will measure and expose the size of the oligarchy and reinforce the urgent need to dismantle it. It will require reconsideration of the 50 per cent constitutional ceiling imposed on reservations by the Supreme Court in 1991. It will enable data to be produced to meet court demands for data. That a caste census will happen is very unlikely. Even if the Union government formally agrees to it, the oligarchy is likely to  ‘Jairam’ it—i.e. subvert it from within, as Jairam Ramesh, the responsible line minister, did when he undertook the 2011 caste census and later ­refused to reveal the enumeration. Let us be clear about this: India’s main goal is to liberate itself from caste oligarchy. That’s the real way to unlock its massive social and economic potential. Reservation is a key constitutional tool for this purpose.  Weakening it only benefits the oligarchy.

Former director of the National Judicial ­Academy of the Supreme Court, and National Law School of India University, Bangalore