Testing Times: Lessons From Madhya Pradesh That States Must Avoid In Battle Against COVID-19

Holes in MP’s hazmat suit are showing—a CM without a health minister fights a pandemic; private hospitals are getting to treat more coronavirus patients than AIIMS, Bhopal 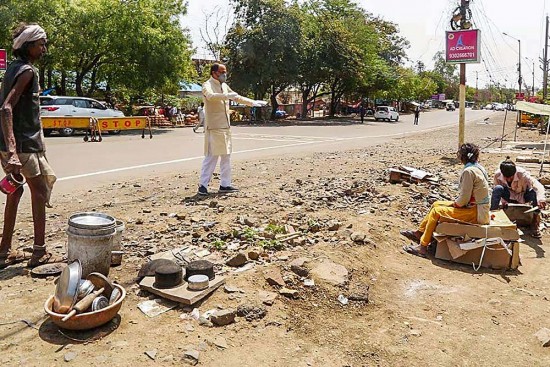 India may still not have a clear answer on the best model for combating the coronavirus pandemic but Madhya Pradesh has offered some critical tips on practices governments must avoid. On March 23, when the BJP returned to power in the state by orchestrating the fall of the Congress-led Kamal Nath government, MP had already registered its first few COVID-19 cases. The political drama that unfolded in the state in the preceding days doesn’t need to be recounted in detail. However, decisions taken by Shivraj Singh Chouhan after he returned as the state’s chief minister for a record fourth term, need to be analysed.

Chouhan returned to power after a long-drawn political circus in the state that saw Jyotiraditya Scindia and his 22 loyalist legislators ditch the Congress and Nath to switch to the BJP. Perhaps as a natural consequence of the circumstances that pitchforked him to the CM’s chair after a 15-month hiatus, Chouhan wasn’t sworn-in along with his council of ministers. The cabinet, it was indicated by BJP leaders then, would be formed after a compromise was reached between old BJP warhorses and Scindia’s brigade of party-hoppers over ministerial berths. Chouhan could not even choose a limited cabinet with ministers for portfolios like home, finance, health and public distribution. Since the Nath government was toppled before it could present the state budget, there is currently no specific allocation of financial resources across departments while the absence of ministers for the other three portfolios—all critical to proper management of the COVID-19 crisis—cannot be overemphasised.