The fragilest beauty, in miniature. High literacy. The lowest crime rate in India, perhaps the world. Religion as genuine piety. How can you fix what ain’t broke? 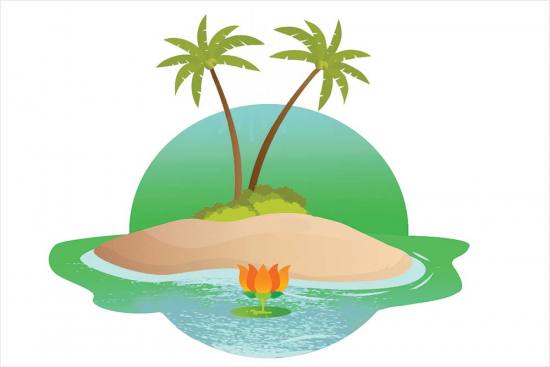 Paradise In A Nutshell

From the air the islands look like seashells beaded sparsely, covered in a dense curl of thick-green coconut trees. There are 36 islands: the largest is less than 5 square km, the longest is 10 km end to end. An island typically stretches along the eastern edge of an atoll—and these are coral atolls, the only ones in India. The rest is lagoon—tranquil, clear, a lovely pale blue-green contrasting with the waves of the deep blue Arabian Sea. These lagoons and the corals harbour schools of bright, exotic fish. Above the marine spectacle, the people live in little houses hidden under coconut fronds. And like their miniaturised paradise, the roads are of concrete and narrow, just wide enough for a single vehicle on main routes. About 65,000 people live cheek by jowl in 10 habitable islands—dense undoubtedly, but the population growth is declining precipitously. Nobody goes hungry and the people are well-served for healthcare....