Passing through: A chuckle here, a teardrop there 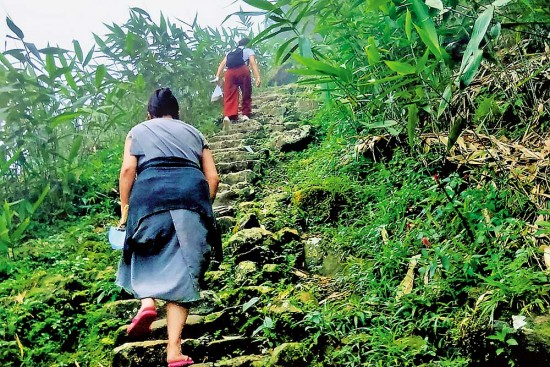 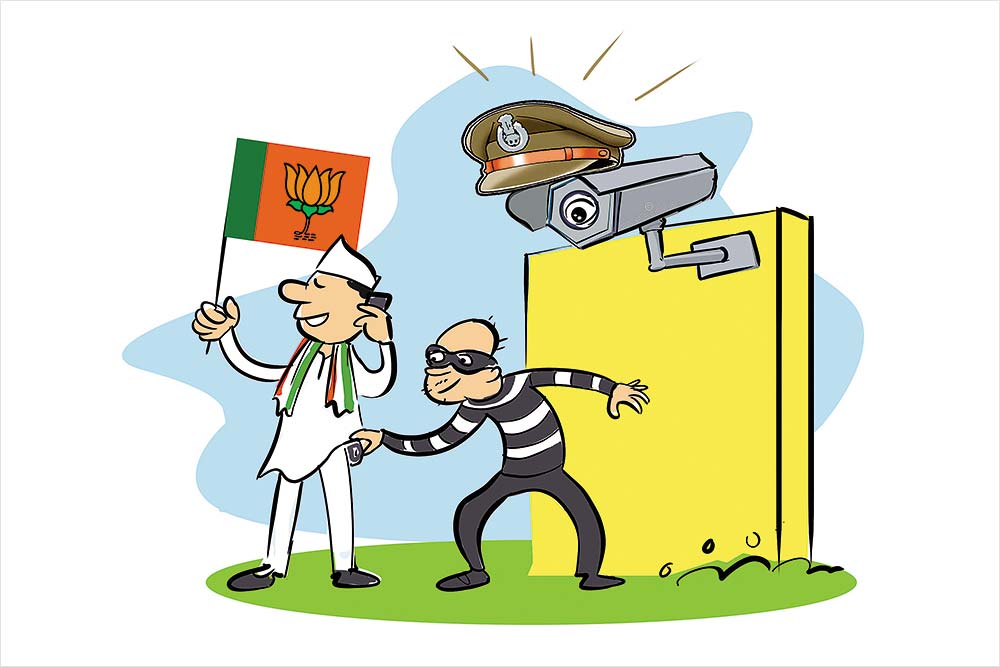 This has been arousing every rally-­goer’s suspicion for years, only the confirmation comes in dribs and drabs, and is often forgotten. Someone lost his wallet, someone his bag, someone her gold necklace, someone his cellphone. In the big melee of a political rally or religious event or rock show, the crowd is seldom forewarned about pickpockets prowling the grounds. Sometimes they are, but who can tell a cutpurse from a target in a jostling swarm? They do, of course. But CCTVs and tighter human surveillance are giving those graduates from Fagin’s Academy a run for their money. Police in Thane recently caught four pickpockets who stole wallets and phones at political rallies and events—one instance is the BJP’s Jan Ashirwad Yatra. CCTV footage gave them away. The booty so far: Rs 1.19 lakh in cash, 10 phones, and they bought themselves a car too.

The Real Medal Of Honour

An Olympic athlete from Poland, who auctioned her silver medal from the Tokyo Games to raise money for a life-saving operation for an infant boy with a heart defect, was told by the buyer she could keep her prize. Maria Andrejczyk, 25, a javelin thrower who overcame bone cancer and a shoulder injury to compete at this year’s Olympics, said she decided to help Milosz Malysa knowing how much she had to “fight against adversity and pain”. Zabka, a popular convenience store chain in Poland, bid 200,000 zlotys ($51,000), but said it would let the athlete keep her medal. Malysa’s family has been raising funds for him to be operated on in the US.

Until the 2021 assembly elections in West Bengal, ­Chandana Bauri was a simple, hard-working village woman living in a kutcha house with her family in Bankura district. She and her husband, a daily wage earner, plied their labour to make ends meet. Her net worth was a little more than Rs 60,000, but her fortunes turned when the BJP chose the 30-year-old mother of three as its candidate for the Saltora constituency—and she won to become the poorest MLA in the state. She is now protected by two armed CISF commandos as part of the central security cover for BJP legislators following post-poll violence in Bengal. Wait for the spin. Chandana slipped out of that safety bubble recently and “disappeared”—she switched off her phone, went off the radar for six hours past midnight, and reappeared in a police station, where she said she had a tiff with her spouse. She accused him of often getting drunk and harassing her physically and mentally. But before she could finish her account, her driver’s wife accused her of adultery and marrying a married man at a local temple. The vows were apparently exchanged with the chauffeur when she “disappeared” that night. Chandana, showing impressive political sharpness, dismissed the ­allegations as an Opposition conspiracy. 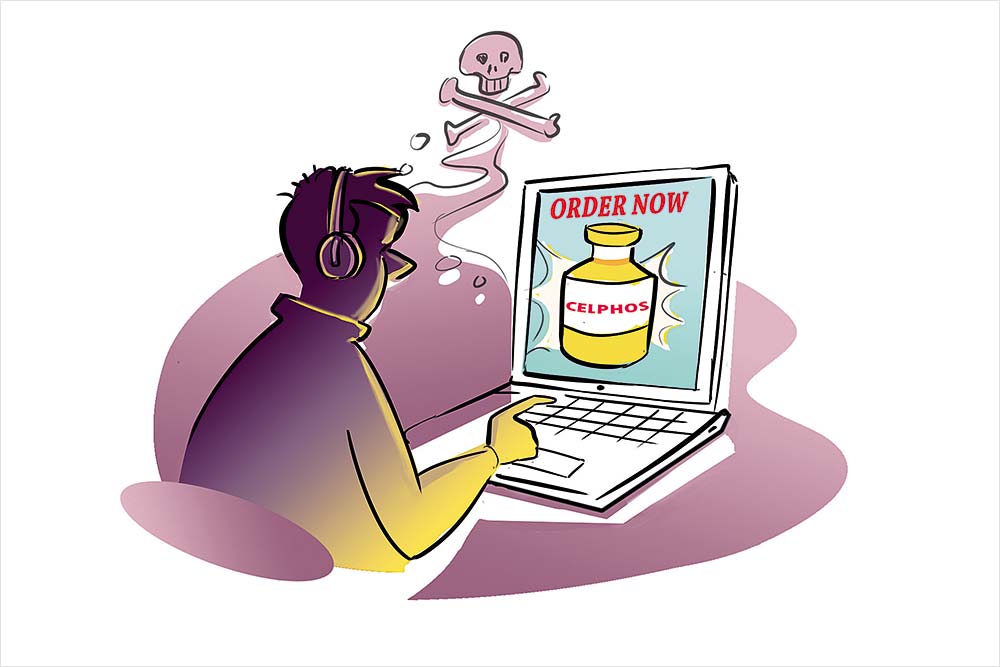 They are the intangible megastores of the modern world. You name it, they have it. E-retailers take pride in the wide inventory of products they peddle—from health supplements to poison. Think again. An 18-year-old’s father has filed a police complaint in Indore against an e-commerce firm for abetting his son’s suicide by selling him aluminium phosphide, sold as sulphus or celphos. The teenager, stressed over financial issues, ingested the toxic substance and died. His father, a fruit vendor, faulted the company for his son’s death, saying it didn’t verify the buyer’s need for a poison before shipping the product. The cops said a notice was sent to the company and suitable legal steps would be taken. Aluminium phosphide—used to protect grains from bacteria, fungus and micro-pests—has been headlining as the chemical of choice for suicides, especially in north India. Experts have suggested banning this poison that damages the circulatory system, often fatally. 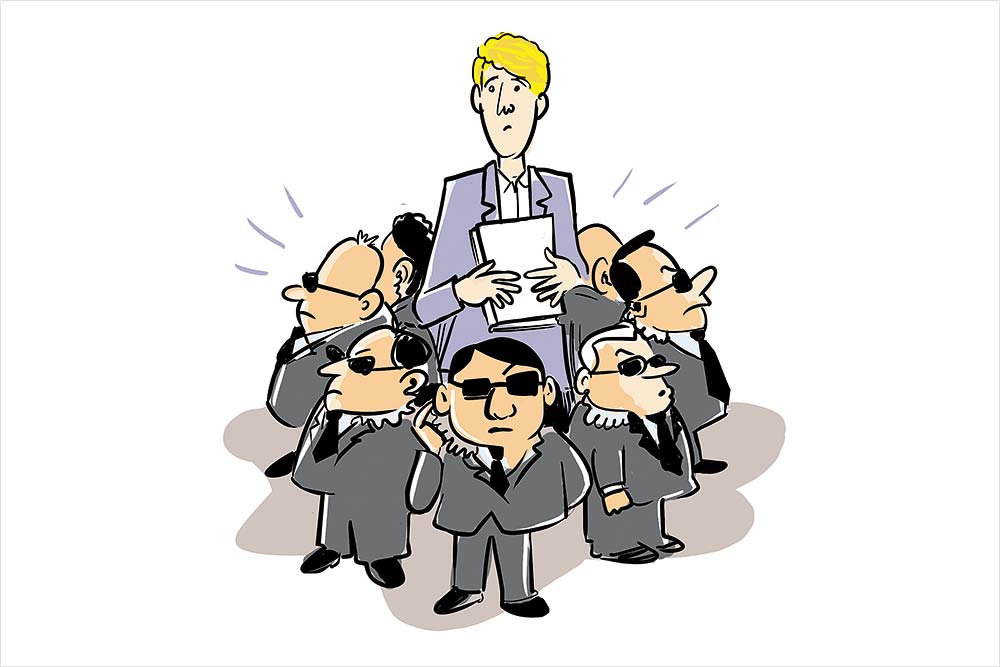 Barron Trump, the 15-year-old son of former president Donald Trump, has enrolled at an exclusive private school not far from his father’s Mar-a-Lago home. The teen, who now stands 6-foot-7,  will be attending Oxbridge Academy as a sophomore. A small contingent of (Secret Service) agents will be present during each school day. While the school has other children from prominent families, this will be the first time it has dealt with the Secret Service. Oxbridge was founded in 2011 by billionaire Bill Koch, who is the brother of Charles and the late David Koch, who ran the family’s Koch Industries. Annual tuition at the 54-acre campus is US$ 34,800 for high school students.