Playing astro-turf for the first time en route to gold at Moscow 1980, on to Tokyo now…. Ex-India captain M.M. Somaya weaves back and forth across a glorious hockey history. 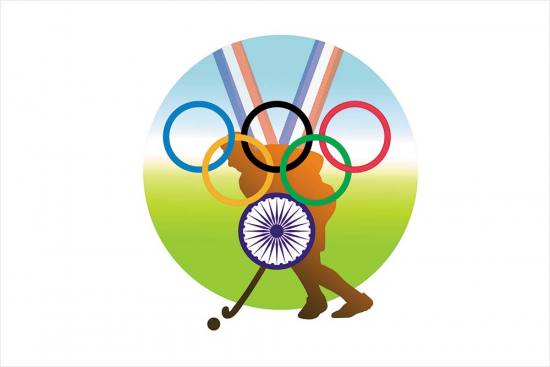 Legacy of the Unbeatables
Olympics and Indian hockey are synonymous with each other. The eight gold medals are a testament of India’s dominance in pre- and post-Independence years. Hockey is a global sport and India is respected across the world for the rich legacy it built ever since it first took part in the Olympics in 1928 at Amsterdam.

The Indian hockey gharana has revolved around heroes and invariably they have been great goal scorers like the legendary Dhyan Chand, Balbir Singh (Senior), Leslie Claudius, Randhir Singh Gentle, Ranganathan Francis and the great K.D. Singh Babu. Their wizardry with the stick left oppositions flummoxed; the British appreciated the Indians’ ability with grace.

India won six straight gold medals from 1928 to 1956—indisputably our golden period. The last gold came at the 1980 Moscow Olympics. India’s seventh gold came at the 1964 Tokyo Olympics, the first time the Summer Games were held in Asia. There is something special about Tokyo and the Olympics. Japan’s resilience is well documented in its history. Tokyo 2020 is extraordinary because of the pandemic and, touch wood, it is going fine.

A Debutant In Moscow

The 1964 Games also tested the resilience of the Indian hockey team and we bounced back to win gold after eight years. The final win came against Pakistan and hence was doubly sweet. Mohinder Lal’s penalty corner was the only goal scored in a match that was physical and the umpires had to keep emotions in check. In Tokyo 2020, the Indian men’s team has looked the strongest in recent times. Without much match practice, the team has looked a bit rusty but the Olympics are a long tournament and if they remain mentally strong,...