The selective media muzzling has the local Kashmiri press furious 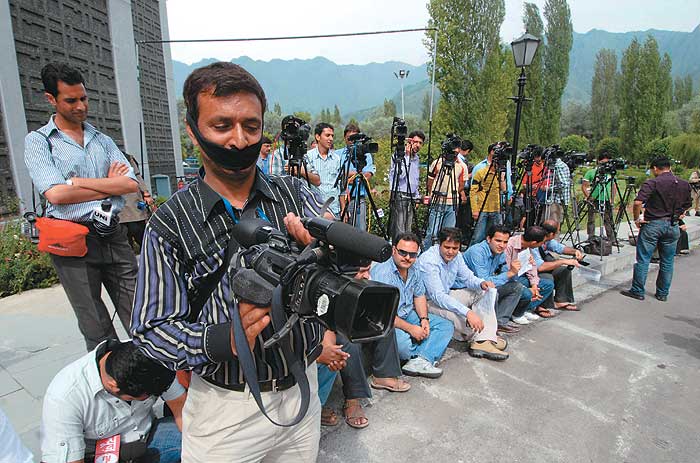 More stories from Showkat A. Motta
View All

A beleaguered Omar Abdullah may have eked out a temporary peace on the streets of Srinagar. But his government will have a pretty hard time of it explaining the imposition of its toughest ever censorship on the local media—especially since it has caused a sharp rift between Kashmiri and Delhi-based journalists, many of whom were here to cover the recent unrest.

It all began after the state government withdrew the curfew passes of local journalists. The army had just been called out on the streets of Srinagar on July 6 following the killing of four people, including a 23-year-old woman. But what raised more than a few hackles was that, even as there was a blackout on news vis-a-vis Kashmiri journalists, the government allowed Delhi-based TV channels ready access and movement on the curfew-bound streets.

India Needs Kabir Today More Than Any Other Time

Hip-Hop Found A Connect In Pain Of Kashmiris

Clash Of Cultures In Smalltown Bihar