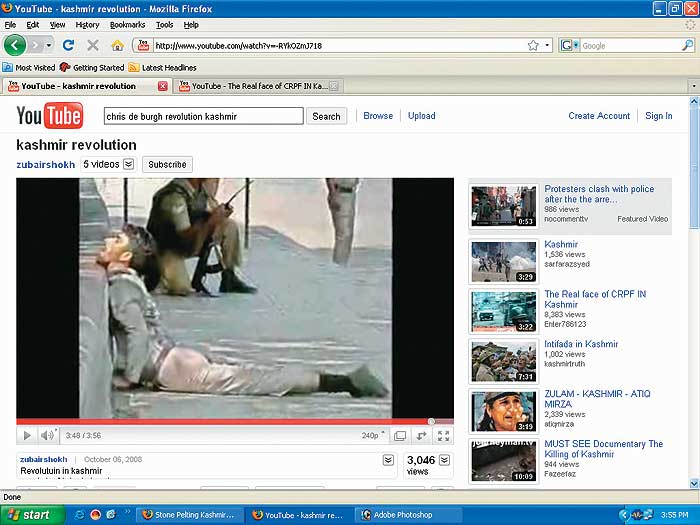 Soon after news channels began beaming an intercepted conversation, allegedly between a Hurriyat leader and one of its footsoldiers, in a video that supposedly lays bare cash payments made to foment protests, a counter video appeared on YouTube. It claimed that the official version had mischievously gained in translation. The Kashmiri equivalent of the phrase “enjoy your salary”, used to refer to government employees who earn despite not working during curfews, had been used as a convenient “proof” of how public protests may be sponsored.

This is just one of the many instances of how the internet is being used by Kashmiris to keep their resistance alive. It has helped them skirt the curfew and media censorship. Sabeha Mufti, a senior assistant professor of media studies at the Kashmir University, says the internet is often the only place to find “sane voices” on the conflict. “The mainstream media mostly hands out the government’s version of events. For a deeper understanding, I have to visit sites that, at times, are more credible and intelligent.”