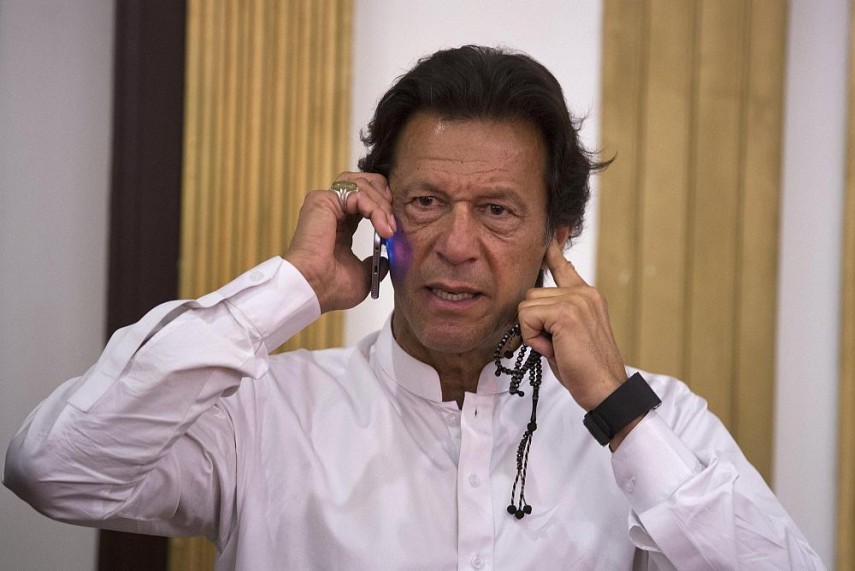 "Though PTI had withdrawn the compliant but PEMRA decided to go ahead with the fine as the false news was against the spirit of the license issued by the regulator to the owners of these channels," an official said.

PEMRA also said that "decision to fine the TV channels aimed at upholding the standards of journalism."

These channels on July 12 repeatedly showed a news that the 63-year-old Khan had entered into third marriage in London.

The channels went to repeat the news despite categorical rejection by PTI.

PTI lodged complaint against the channels on July 13 but withdrew it on August 26 against all except Dunya TV after unconditional apology by the channels.

PEMRA also warned the media houses to failure to pay the fine will lead to the cancellation of their licences.

"It's against the fundamentals of justice. All channels who violated the code of conduct will be punished in a bid to uphold standards of journalism," PEMRA said in a statement.

According to a notification issued by the authority, PEMRA complaints council discussed the issue after complaint from PTI Central Media Department.

Khan had been in news last year for his second marriage with former journalist Reham Khan but the marriage ended in divorce in less than a year.

Since then there are speculations about his third marriage but Khan said recently in an interview that he had no plan for another marriage.