'Ae Dil Hai Mushkil' to Release as Per Schedule, Johar to Put a Slate of Tribute to Uri Martyrs Before the Film 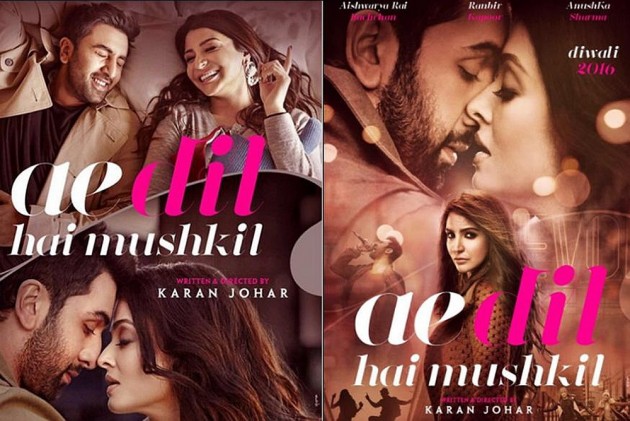 Print
A
A
A
increase text size
Outlook October 22, 2016 12:05 IST 'Ae Dil Hai Mushkil' to Release as Per Schedule, Johar to Put a Slate of Tribute to Uri Martyrs Before the Film

Decks were today cleared for the smooth release of Ae Dil Hai Mushkil after director Karan Johar accompanied by Producers' Guild President Mukesh Bhatt met Maharashtra CM Devendra Fadnavis and assured him that filmmakers would not work with Pakistani artistes given the people's sentiments in India post Uri attacks.

Fadnavis met Johar and Bhatt at his residence 'Varsha' here this morning along with MNS chief Raj Thackeray, whose party had been opposing the release of the upcoming movie as Pakistani actor Fawad Khan features in the film.

Speaking to reporters after the meeting, Bhatt said that it was "positive and constructive and Ae Dil Hai Mushkil will release as per the schedule."

"We discussed the unfortunate events related to the film's release. I shared the film industry's emotions regarding the entire issue. We are Indians first and then comes our business," he said.

Bhatt also said that they have assured the CM that neither the Producers' Guild nor any filmmaker will work with any Pakistani artiste or technician in the future.

Also, the (Producers') Guild will call a meeting to pass a resolution on not working with Pakistani artists. A copy of the same would be sent to the Information and Broadcasting Ministry as well as the Chief Minister, he said.

Besides, Johar has decided to put a special mention in the beginning of the film paying homage to martyrs.

"Karan Johar will display a slate of tribute for Uri martyrs before Ae Dil Hai Mushkil starts playing out in the screens. It is a tribute from us to our soldiers," Bhatt said.

The makers of the film starring Ranbir Kapoor, Aishwarya Rai Bachchan and Anushka Sharma in lead roles, will also contribute a portion of its revenue to the army welfare fund, he said, adding "We owe this to the Army."

Johar's Ae Dil Hai Mushkil had been embroiled in controversy over the past few weeks after the MNS opposed the screening of movies featuring Pakistani actors after the Uri terror attack, putting a question mark on the fate of movie, slated for Diwali release on October 28.

"After these protests, the law and order situation seemed to be not in control and hence we approached the Home Minister and Maharashtra Chief Minister," Bhatt said.

"We requested him to give us assurance along with the CM of the state that law and order will be intact and our movie ADHM which is releasing on October 28 would not face any difficulty," he said.

Earlier this week, seeking to calm tempers over opposition to the release of his directorial venture, Johar had made a fervent appeal against stalling the release, saying he will not engage with talent from Pakistan in future.

However, MNS chose to dismiss it and said that reality had dawned late on Johar and continued with their agitation leading to the arrest of 12 party activists, who have been sent in judicial custody till November 4.

Before today's meeting Johar had called on Fadnavis on Thursday afer which the CM had said, "the state government would like to reaffirm that the government will not allow anyone to disturb law and order and stern action will be taken. Democratic protest is fine but unlawful activity will not be tolerated."