I Will Not Engage With Pakistani Talent in Future: Karan Johar 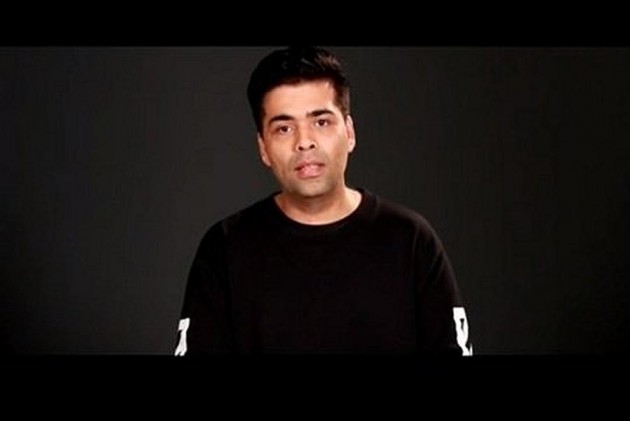 Print
A
A
A
increase text size
Outlook October 18, 2016 19:30 IST I Will Not Engage With Pakistani Talent in Future: Karan Johar

Under pressure over opposition to the upcoming release of his film Ae Dil Hai Mushkil that features a Pakistani actor, director Karan Johar today said he will not "engage with talent" from Pakistan in future and made a fervent appeal against stalling the blockbuster.

Raj Thackeray-led MNS and some other political parties have opposed release of films with actors from Pakistan after the Uri terror attack, putting a question mark on the fate of Johar's movie, slated for a pre-Diwali release on October 28.

The Cinema Owners Exhibitors Association of India too decided not to screen films with Pakistani actors in four states -- Maharashtra, Gujarat, Karnataka and Goa.

In a short video statement, Johar, 44, said his country comes first for him and while he understands the sentiments, hampering the release of the movie will actually hurt 300 strong Indian crew of the movie.

"I understand the sentiments because I feel the same. Going forward, of course, I would like to say that I would not engage with the talent from the neighbouring country given the circumstance.

"But with that same energy I beseech you that over 300 Indians in my crew have put their blood, sweat and tears in my film 'Ae Dil Hai Mushkil' and I don't think it is fair to them to face any kind of turbulance on account of other fellow Indians," he said.

Johar also said he stayed silent because he felt a "deep sense of hurt and pain" to be questioned about his patriotism.

Johar said the country comes first to him and he has always kept that over and above everything, so, it is wrong to question his patriotism.

"There has been some talk about why I have remained silent for past two weeks. Today I would like to clarify that the reason why I remained silent is because of the deep sense of hurt and pain that I felt. There are few people who actually believe that I am being anti-national.

"I need to say this and I say this with strength that for me my country comes first. Nothing else matters to me but my country. I have always felt that the best way to express your patriotism is to spread love and that's all I have ever tried to do through my work and my cinema, he added."

"When I shot my film 'Ae Dil Hai Mushkil' in September to December last year, the climate was completely different, the circumstances were completely different. There were efforts made by our government for peaceful relations with the neighbouring country and I respected those endevours and efforts then and I respect the sentiments today," Johar said.

Johar said that he condemns any form of terrorism and salutes the Indian army for their role in protecting the nation.

MNS has threatened to vandalise multiplexes if "Ae Dil Hai Mushkil" is screened.

Considering the threat, a team from Johar's Dharma Productions along with filmmaker Mukesh Bhatt and Vijay Singh of Fox Star Studios met Mumbai Police Commissioner Dattatray Padsalgikar and Joint Police Commissioner (law and order) Deven Bharti, and sought protection for the theatres to screen the film.

Mukesh is the president of Film & Television Producers Guild of India while Fox Star Studios is distributing the film.

Deputy Commissioner of Police Ashok Dudhe assured that "Mumbai police will provide adequate protection to cinema theatres as and when required."

After the ultimatum by MNS and mounting Indo-Pak tension, Indian Motion Pictures Producers Association passed a motion to ban artistes from Pakistan but they said the ban will not affect the films that were already made