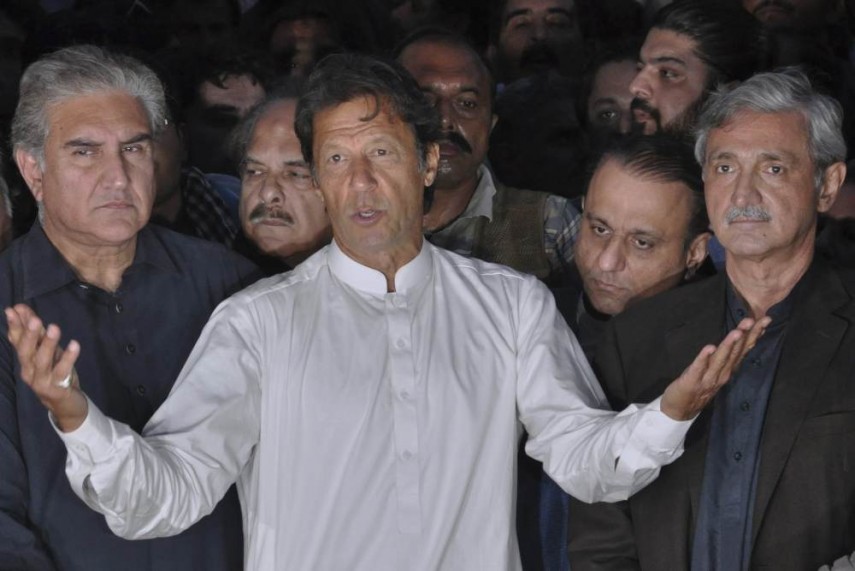 Pakistan’s opposition leader Imran Khan has said that he hopes US president Donald Trump extends the immigration ban to Pakistanis – a measure he hoped will stop brain drain.

"It is being heard that Pakistanis may face US visa restriction. I pray that Trump also stops visas for Pakistanis as I believe that it will help us develop our own country. Besides, we will also give him (Trump) Iran-like response... (not allowing Americans here in Pakistan," former cricket hero Imran Khan said while addressing a party rally in Sahiwal, some 250km from Lahore.

Trump signed an executive order on Friday barring the arrival of refugees in the US for at least 120 days and denying visas for travellers from seven Muslim majority countries ─ including Iran, Iraq, Libya, Somalia, Sudan, Syria and Yemen .

Lambasting Prime Minister Nawaz Sharif, Khan alleged, the PM had taken money from Pakistan and spent it abroad. "His businesses are abroad, his children are abroad, but he is the prime minister of Pakistan. He even goes abroad for checkups," reported Dawn.

"Nawaz Sharif goes abroad even for the treatment of headache. If the US imposes ban (on Pakistanis) he too will focus Pakistan and develop it."

The paper reported: “Recounting Modi's speech in poll-bound Indian Punjab Friday in which he promised to abrogate the Indus Waters Treaty, Khan said, ‘If you shut our water, what will our people do?’"

"I know that the people in India don't want war. They want peace," Khan said. "The people want both countries to cooperate and end poverty across the subcontinent."