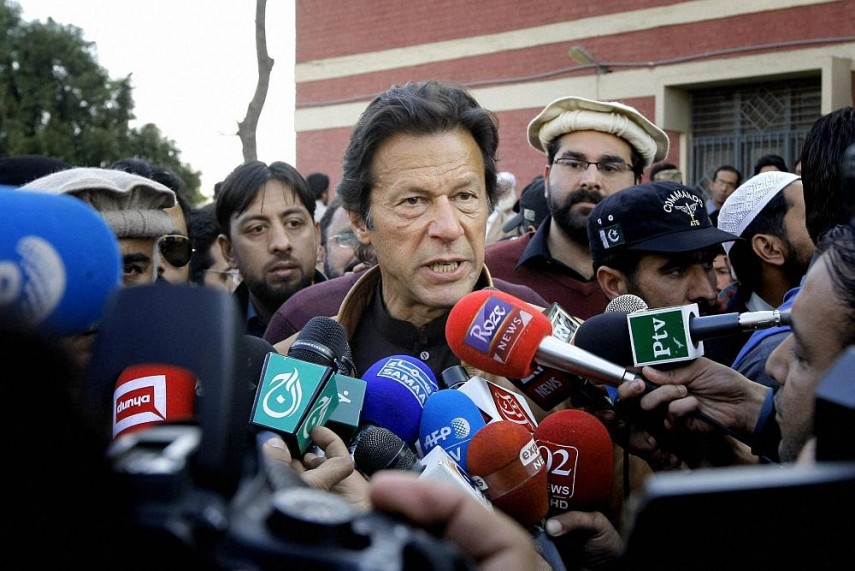 The district administration in the capital imposed section 144, banning public gatherings and display of weapons. According to a notification more than five people cannot gather at a location.

The notification came ahead of the sit-in by Imran-led Pakistan Tehreek-e-Insaf planned for November 2.

The Pakistan Tehreek-e-Insaf is protesting alleged money laundering by Prime Minister Nawaz Sharif and his family in the wake of the Panama Papers leak and is demanding the Premier's resignation.

The order was given by the High Court's judge Shaukat Aziz Siddiqui while hearing petitions filed against the November 2 protest.

In its orders, the High Court said that fundamental rights of common man cannot be compromised in the name of protest. The order said it is the right of political party to register protest but nobody could be allowed to siege the city.

The order also directed the interior secretary not to allow placement of containers in the capital. It directed that the district administration should designate a specific place for the Pakistan Tehreek-e-Insaaf public meeting.

The judge stated that no educational institution will be closed on the day of the protest.

The court also issued a notice to Imran to appear before it on Monday.

Addressing the media in Islamabad after the court order, a defiant Imran said, "It is my legal and constitutional right to hold a peaceful protest and I will exercise that right."

"We will change the fate of Pakistan on November 2, and no one has the power to stop us," he was quoted as saying by the Express Tribune.

Warning the Punjab police to avoid confrontation with 'peaceful protesters', Imran said, "I warn these officials to stay away from the protesters."

"You already have the blood of Model Town victims on your hands, which you will be held accountable for," Imran said while referring to the Punjab police.