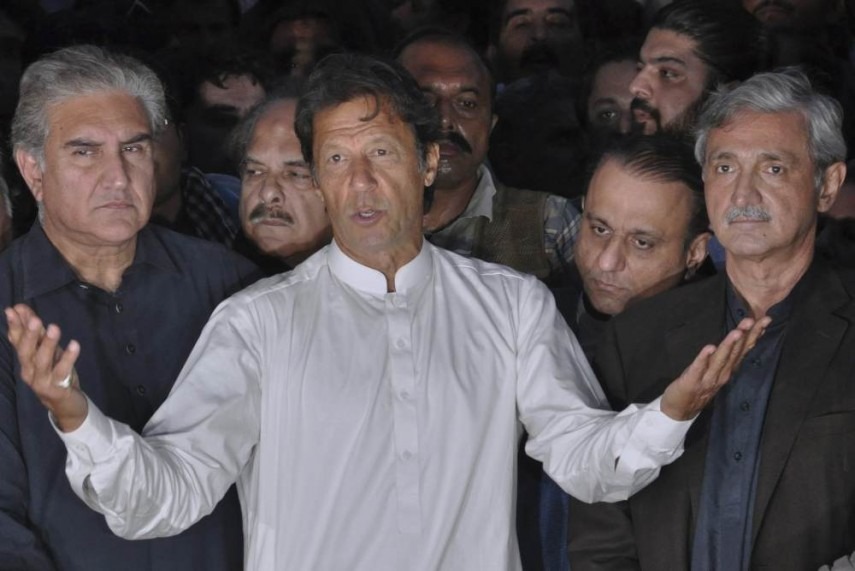 Ayesha Gulalai, who hails from South Waziristan tribal region, in a press conference alleged that "honour" of women affiliated with Pakistan Tehreek-e-Insaf (PTI) was not safe.

Announcing to quit the party, she said, "My integrity matters to me the most" and "I cannot compromise when it comes to my honour and dignity."

She also accused Khan of sending "obscene text messages" to women leaders of the party. She refused to share the messages but said that "they were so mean that nobody can tolerate them."

Taking a jibe at Khan, she said he suffered from "psychological problems" and "gets jealous of, people who are better than him."

She also leveled charges of corruption against PTI government in Khyber-Pakhtunkhwa and its Chief Minister Pervez Khattak who she alleged was acting like "mafia boss".

Gulalai was elected to the National Assembly on a reserved seat for women from the Federally Administered Tribal Areas (Fata), and has been a staunch and vocal supporter of the PTI and Khan. She resigned from both her party membership and NA seat.

She rejected reports that she was joining the Pakistan Muslim League-Nawaz (PMLN) of Nawaz Sharif but praised Sharif for respecting women.

"No matter what the charges against him but Nawaz Sharif knows how to respect women," she said.

Rejecting the allegations, PTI spokesman Fawad Chaudhry said that Gulalai had "sold her soul to PMLN for money".

"It is old tactic of PMLN that they buy people and she (Gulalai) has sold her. She has been used and would be forgotten in 24 hours,” he said.