Maken said that no party worker or leader wants any alliance with the AAP at a time when the graph of the Kejriwal government is "declining fast" and that of the Congress "going up". 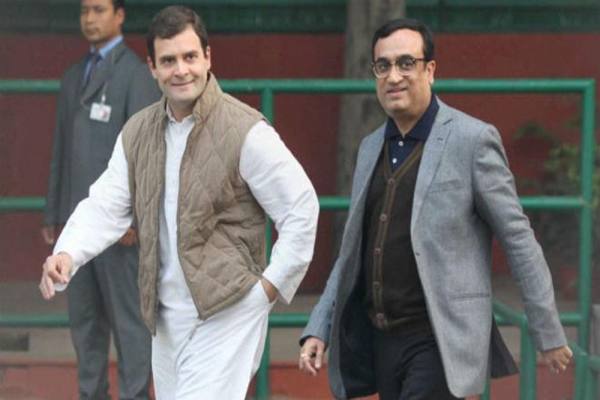 Congress's senior spokesperson Ajay Maken also said the decision over Gandhi's elevation to the post of party president will be taken on time.

A Triumph Of Public Opinion

Without sounding like Rahul's PR man, I ask those pounding him, what is the end result of his admittedly clumsy intervention?

'A Case Of A Monumental Fraud'

Who Changed The Bid Document?

'The original Bid Document had provided for a “Government Appointee” as the Chairman of the Executive Board of the Organizing Committee (OC), with the Vice Chairman being the IOA President. However, the bid document was inexplicably changed to delete