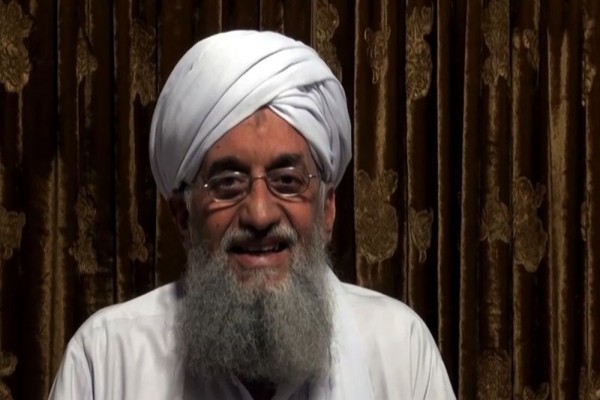 In the video released by Al Qaeda's media arm As Sahab, Zawahiri asks the mujahideen to "single-mindedly focus on inflicting unrelenting blows on the Indian Army and government, so as to bleed the Indian economy and make India suffer sustained losses in manpower and equipment".

Eminent Indian experts were particularly agitated by the fact that the Zawahiri's declaration specifically mentions three Indian States, Jammu & Kashmir, Gujarat and Assam, and that these would 'now become immediate targets'

The Advocate Of Global Jihadi Intifada

The latest statement from Al Qaeda regarding the appointment of Ayman al-Zawahiri as its head appears to be more authentic than the earlier ones announcing interim and operations heads. What does it portend?

To The People Of Pakistan

"... The fourth of these woes is Musharraf's recognition of Israel, to psychologically prepare the Pakistanis to recognize a Hindu state in Kashmir ... "

'Uncover The Truth Of Musharraf, The Traitor And The Killer Of Muslims'

Extracts from the message purported to have been issued by Ayman Al-Zawahiri, the Egyptian No.2 to Osama bin Laden in his Al Qaeda and International Islamic Front (IIF), telecast by the Al Jazeera TV station of Qatar on March 25,2004.