Under its provisions, the media could not report on the accusation against such a person till the prosecution was given the go-ahead from the sanctioning authority. 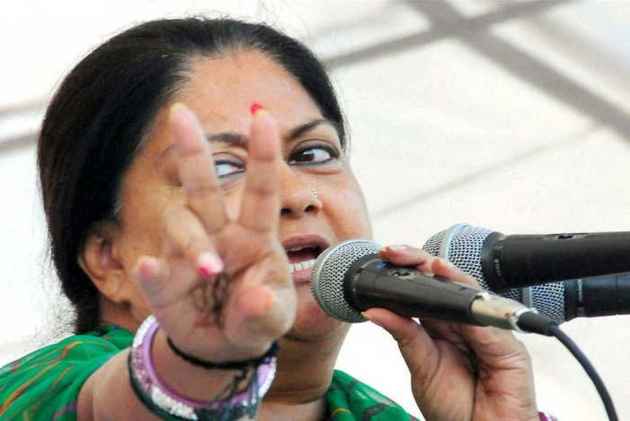 Rajasthan chief minister Vasundhara Raje has decided to withdraw a controversial bill that that sought to protect both serving and former judges, magistrates and public servants in the state from being investigated for on-duty action without its prior sanction.

The Criminal Laws (Rajasthan Amendment) Ordinance, 2017, promulgated on September 7, also sought to bar the media from reporting on accusations till the sanction to proceed with the probe is obtained. However after protests by the Opposition, journalists and lawyers, the Bill was later referred to a select committee in the Assembly.

In December, the ordinance lapsed as it couldn't be presented to the House on time.

“We sent the Bill to the select committee, we let the ordinance lapse and today it is not law, what should we withdraw? But we are still withdrawing it,” Raje  replied to the Budget debate in the Assembly, reported The Indian Express.

Under its provisions, the media could not report on the accusation against such a person till the prosecution was given the go-ahead from the sanctioning authority.

Recently, the government had granted the select committee more time to submit its report on the Bill. On February 5, home minister Gulab Chand Kataria had moved a proposal to this effect in the House on the first day of the Budget session, which the Opposition had opposed, added the report.

State Congress President Sachin Pilot said the bill should have been withdrawn “a long time ago”. “Rajasthan’s image has gone down because of the stubborn attitude of this government in not shelving the bill immediately after the ordinance lapsed,” Pilot said after the announcement.

On November 1, terming the ordinance as "black law", Rajasthan Patrika had decided to boycott the chief minister until she revoked it.

Protesting against the powers given to the authorities to gag the media, editor-in-chief of the daily Gulab Kothari wrote in the blank editorial's headline that the “black law” had put journalism in danger. “With this, we oppose the law which has murdered democracy,” he stated.