Assault On Institutions Like RBI Must Be Stopped: Rahul Gandhi

Gandhi's remarks came after top leaders of over a dozen opposition parties met in Delhi as part of attempts to forge a front to take on the Bharatiya Janata Party (BJP) in the 2019 Lok Sabha elections. 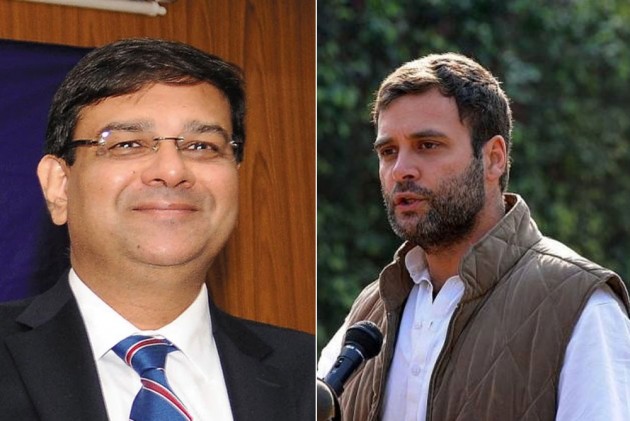 Hours after Urjit Patel's resignation as the governor of Reserve Bank of India (RBI), Congress president Rahul Gandhi on Sunday said that assault on institutions like the central bank must be stopped.

Gandhi's remarks came after top leaders of over a dozen opposition parties met in Delhi as part of attempts to forge a front to take on the Bharatiya Janata Party (BJP) in the 2019 Lok Sabha elections.

Endorsing Gandhi's statement, West Bengal chief minister Mamata Banerjee, who attended the meeting, hit out at the Modi government over Patel's resignation, saying it was a matter of "great shock".

"Institutions, from the CBI to the RBI, have become total disasters. This has never happened before. It is a matter of great shock. We must protest," Banerjee said.

She proposed that the meeting should continue on Tuesday and leaders of opposition parties should also meet President Ram Nath Kovind over Patel's resignation.

"The BJP is behaving like a dictator. There should be a campaign against this rule. Everybody has agreed to that," she said.

"Financial stability is not there... financial emergency has started," she alleged.

Gandhi said there is a consensus among opposition parties to work together to defeat the BJP and protect India's institutions.

The meeting, held in Parliament annexe, came a day ahead of the results of the Madhya Pradesh, Chhattisgarh, Rajasthan, Telangana and Mizoram Assembly polls as well as the winter session of Parliament.

The opposition meeting was coordinated by Andhra Pradesh Chief Minister and TDP supremo N Chandrababu Naidu and a number of opposition leaders were invited.