The impact of higher fuel prices and input costs of manufacturing units has led to both wholesale and retail inflation rising beyond RBI’s preferred comfortable level of 6 per cent for the last few months. 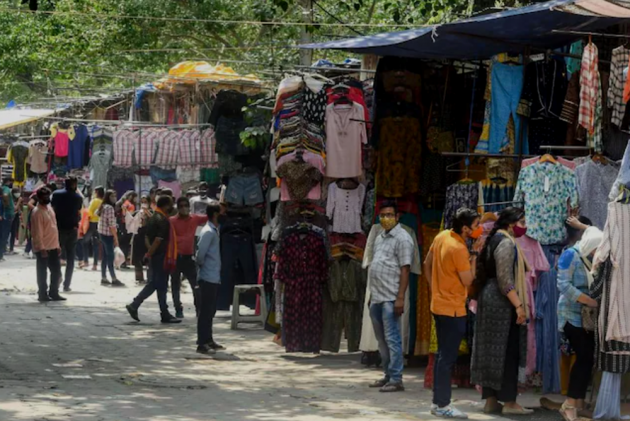 As rising transport fuel and cooking-gas prices continue to burn a hole in consumers’ pockets even as incomes are still to rise in most cases, impulse buying of wellness and beauty products, clothing, footwear, jewellery and consumer durables is still woefully lower than levels two years back. Though fast-food joints and restaurants are back in business, the eating-out trend is still below June 2019 levels.

However, food items, especially protein items and oils and fats are still exhibiting an increase in prices (like egg, milk, pulses, etc.). “Latest inflation prints, both at wholesale and retail levels, may have shown a slight moderation, but a closer look at the data reveals a marked surge among all items over the last four quarters — suggesting inflation is getting generalized,” states SBI’s Ecowrap.

Fuel inflation surged to a record 12.7 per cent in June from 11.9 per cent in May, driven by LPG, kerosene, firewood and chips and dung-cake, impacting both urban and rural consumers. Fuel (weight of 6.84 per cent in the CPI) contributed around 13 per cent of headline inflation in June, according to an RBI report.

The result is continuing discretionary consumer spending trends, which showed a rise in June compared to the previous month, but is still woefully lower when compared to the corresponding month in 2019, according to the latest bulletin of the Retailers Association of India (RAI).

Sports goods and jewellery sales are the most impacted by the post-Covid blues and high prices followed by footwear, clothing and personal care products, the RAI data indicates. In part, this could also be due to lingering fear of Covid and warnings of a third wave, and the fact that malls and big stores in many states are still to get back to business.

The central bank has also expressed concern over rising wholesale prices, which are an indicator for producers’ prices. They have risen steadily over the last four quarters, rising to the highest level of 11.9 per cent in April-June in 2011-12 series. “This will most certainly translate into higher retail inflation,” the RBI report states.

N R. Bhanumurthy, Vice-Chancellor of Bengaluru Dr. B.R. Ambedkar School of Economics, expects inflation to remain above 6 per cent for at least two quarters because of the mismatch between demand and supply. “Industries for the most part are working below their full capacity and even if they want to enhance the capacity, it will take time. In the meanwhile, the increase in demand due to opening of almost all the sectors post the second wave of Covid should certainly put more pressure on demand while supply will take some time to catch up,” she says.

Anil Bhardwaj, secretary-general, Federation of Indian Micro and Small & Medium Enterprises (FISME) says higher input costs have further added to the woes of the MSMEs. “In the B to C segment, in which over 50 per cent of the MSMEs work, the sales have been hit not just due to limitations imposed by the government on operations but also due to higher costs of finished goods,” says Bhardwaj.

Sunil D’Souza, MD & CEO, Tata Consumer Products Limited, states that the company has “consciously not passed on the entire cost to consumers in the tea business. There is a fine balance to keep between the impact on the consumer, price elasticity and competitive dynamics. We have to make sure our volume momentum is maintained. Since we have integrated our food and beverage businesses in India, we have been able to realise synergies from the integration.”

Defending the increase in the price of dairy products, RS Sodhi, managing director of Gujarat Cooperative Milk Marketing Federation or Amul, stresses that there has been a huge increase in input costs. “Our packaging costs have increased by 35 per cent, energy costs by 30 per cent, and logistic costs by 30 per cent. And milk production inputs costs have also increased because the feed price has increased,” states Sodhi. While the consumers are upset at the hike in dairy product prices, from a farmer's point of view the increase in income is just 2 per cent given the hike in input costs.

Apart from consumers, high WPI is impacting investments plans of companies, which seem to be moving slowly as in most cases capacity utilization is below 70 per cent. “It would have to cross 75 per cent for investment or capacity expansion plans to move forward,” says D. K. Srivastava, chief policy advisor, EY India.

Moving ahead, so long as retail inflation remains between 5.5 - 6 per cent, it may be beneficial for tax buoyancy as a result of higher nominal growth. The price of petroleum products may however continue to determine the inflation trend as the economic scenario improves. Economists see little likelihood of the central and state governments making any move to reduce the tax component on petroleum product prices though it may not necessarily increase it despite the pressure of rising global crude prices. Not to be overlooked is the spectre of the threat of a third wave of Covid as forecast by many health experts.