Inflation in food articles eased for the fourth straight month, recording (-) 1.29 percent in August, from zero percent in July, even as onion and pulses prices spiked. 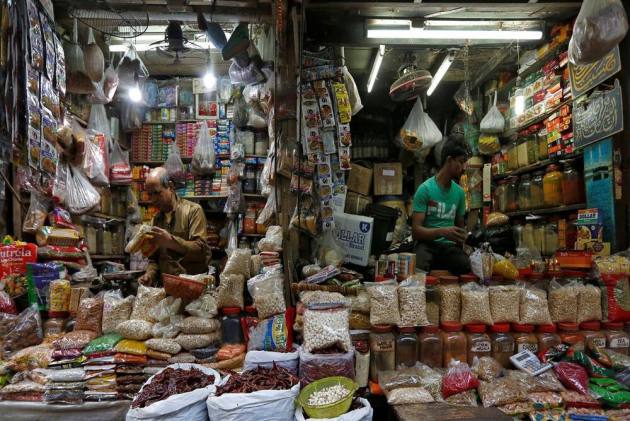 The wholesale price-based inflation rose marginally to 11.39 percent in August, mainly due to higher prices of manufactured goods, even as prices of food articles softened.

Snapping the two-month easing trend, WPI inflation rose in August and remained double-digit for the fifth consecutive month. In July 2021, WPI inflation stood at 11.16 per cent.

"The high rate of inflation in August 2021 is primarily due to rise in prices of non-food articles, mineral oils; crude petroleum and natural gas; manufactured products like basic metals; food products; textiles; chemicals and chemical products, etc as compared the corresponding month of the previous year," the Commerce and Industry Ministry said in a statement.

Inflation in food articles eased for the fourth straight month, recording (-) 1.29 percent in August, from zero percent in July, even as onion and pulses prices spiked. Inflation in onions was high at 62.78 percent, while that in pulses was 9.41 percent. In vegetables, it was (-) 13.30 percent in August.

Inflation in crude petroleum and natural gas was 40.03 percent in August.

In manufactured products, inflation stood at 11.39 percent in August, against 11.20 percent in July.

The RBI, which mainly takes into account retail inflation, in its monetary policy last month kept interest rates unchanged at record lows. It projected CPI or retail inflation at 5.7 percent during 2021-22, up from its earlier projection of 5.1 percent.

Data released on Monday showed that retail inflation softened to a four-month low of 5.3 percent in August, from 5.59 percent in the previous month, led by subdued prices of food articles.

With Airtel, Vodafone Opting For AGR Moratorium, Can Govt Expect A Windfall In 5G Spectrum Auction?

Rupee Recovers 12 Paise At 74.96 Against Dollar At Close On Tuesday

Indus Towers Shares Dip After Posting 38 Per Cent Rise In Profit In Q2. Should You Buy?