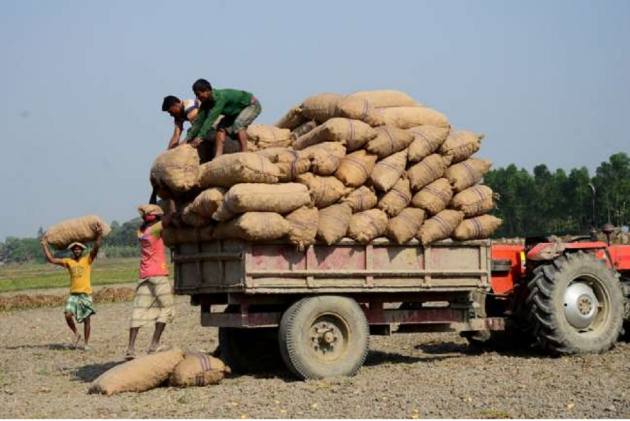 The retail inflation for farm workers and rural labourers rose marginally to 3.92 per cent and 4.09 per cent in July as compared to the previous month where the numbers had stood at 3.83 per cent and 4 per cent, respectively.

The major contribution towards the rise in general index of agricultural labourers and rural labourers came from food and miscellaneous group with 1.78 points and 1.79 points, and 1.30 and 1.31 points, respectively. It was mainly due to a rise in prices of vegetables and fruits, onion, meat goat, poultry, chillies-green, and mustard oil, among others.

The rise or fall in the index varied from state to state.

In the case of agricultural labourers, it recorded an increase of 1-13 points in 16 states and a decrease of 1-7 points in 3 states, while the index for Assam remained stationary. Tamil Nadu, with 1,249 points, topped the index table; whereas Himachal Pradesh, with 829 points, stood at the bottom.

In the case of rural labourers, it recorded an increase of 2-14 points in 15 states and a decrease of 1-6 points in three states, while it remained stationary for Assam and Meghalaya. Tamil Nadu, with 1,235 points, topped the index table; whereas Bihar, with 868 points, stood at the bottom.

Among states, the highest increase in the CPI numbers for agricultural and rural labourers was experienced by Punjab (13 points and 14 points, respectively), mainly due to a rise in the prices of wheat atta, vegetables and fruits, milk, and onion.

On the contrary, the steepest fall in the CPI numbers for agricultural and rural labourers was experienced by Tamil Nadu (seven points and six points, respectively), mainly due to fall in the prices of jowar, meat goat, fish-fresh, onion, and vegetables and fruits.