While OnePlus 8 and 8 Pro were launched in April, the devices were not brought into the Indian market given the lockdown. 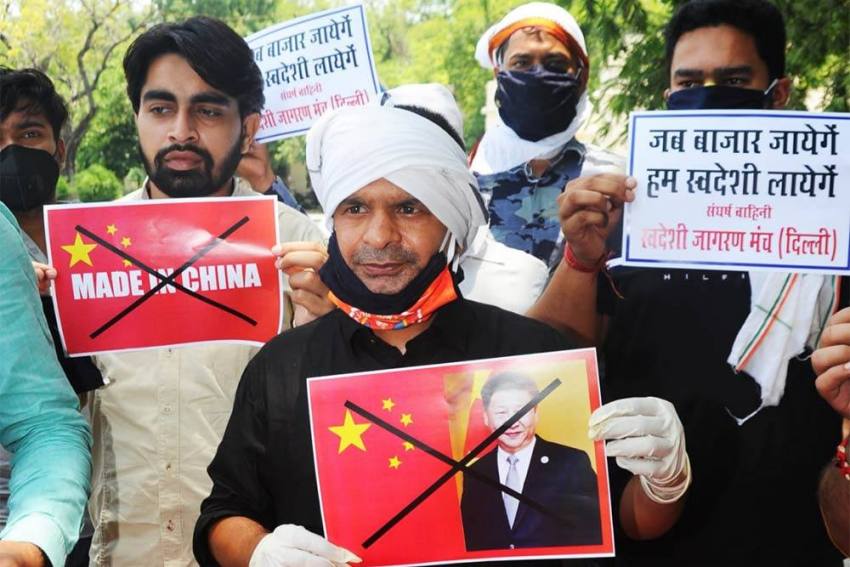 Premium smartphone maker OnePlus saw its flagship OnePlus 8 Pro being sold out within minutes of going on sale on Thursday on e-commerce portal Amazon India, even as calls for boycott of Chinese products continue amid Sino-India border tension.

While OnePlus 8 and 8 Pro were launched in April, the devices were not brought into the Indian market given the lockdown. The sale of OnePlus 8 in India started on May 18, and that of OnePlus 8 Pro began on June 15.

OnePlus had previously said it is witnessing huge demand for the OnePlus 8 Series 5G in India, and it is working on ensuring a consistent supply of these devices. Until then, it will continue with limited sales twice a week on Mondays and Thursdays.

Why Blanket Ban Of Chinese Products Not Feasible In India

While OnePlus and Amazon India did not comment on the number of devices put on sale on June 18 (Thursday), industry watchers said OnePlus is a popular brand in India and that could be one of the reasons for the devices being sold out within minutes.

OnePlus, Samsung and Apple are the key players in the Indian premium smartphone market (phones priced above Rs 30,000).

While Chinese mobile phone makers and consumer durables companies have refrained from commenting on the issue, several industry executives have claimed that there is no impact on sales yet on account of the anti-Chinese sentiments.

Factors like almost two months of lockdown and people working and studying from home have created a pent-up demand for smartphones, and many firms have had to resort to expensive imports to meet the spurt in demand, they said.

However, Chinese firms are keeping a close watch on the developments, and monitoring the situation on ground as well as on social media.

Interestingly, a report by Counterpoint Research on Friday found the anti-China sentiment being the highest among Indian consumers in a survey it conducted during May-June 2020 covering seven countries. The survey sought to gauge consumer sentiment about smartphones manufactured in China given that the Wuhan region of China was the starting point of the COVID-19 pandemic.

"We believe the recent conflict on the India-China Line of Actual Control (LAC) will play a profound role in shaping this behaviour," Counterpoint said noting that the survey was conducted before the India-China faceoff at LAC in Galwan Valley.

The clash in Galwan Valley on Tuesday was the worst cross-border confrontation between the two sides in 45 years. While India lost 20 soldiers, China's People’s Liberation Army has not yet talked about the number of casualties it suffered.

However, to counter this sentiment, many brands have recently initiated 'Made in India' and nationalistic campaigns, Counterpoint said.

Four of the top five smartphone brands in India (Xiaomi, Vivo, Realme and Oppo) are from China, and accounted for almost 76 per cent share of the 32.5 million smartphones shipped in India in the March 2020 quarter (according to IDC data).

South Korea's Samsung, which ranked third and cornered 15.6 per cent share of shipment in the said quarter, is the only non-Chinese firm in the top five tallies.

India is the second-largest smartphone market after China and clocked a shipment of 152.5 million smartphones in 2019.