Can Imran Khan Dare To Not Follow The Pakistan Military?

As cricketer-turned-politician Imran Khan is all set to take over as the Prime Minister of Pakistan, a dreaded fear creeps across the country---Can he dare to not follow the Pakistan military? 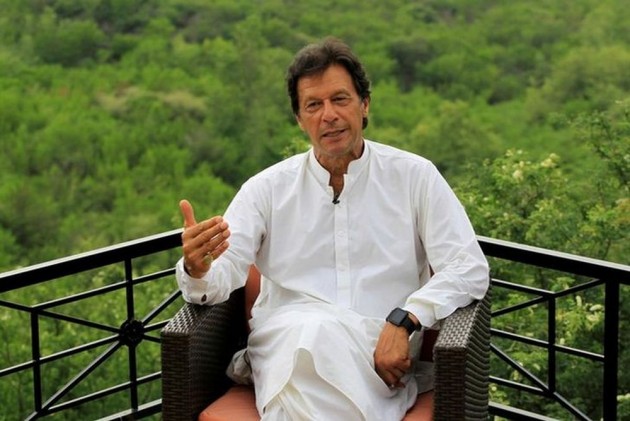 As cricketer-turned-politician Imran Khan is all set to take over as the Prime Minister of Pakistan, a dreaded fear creeps across the country.

Islamabad-based journalist, Mehreen Zahra-Malik, in an op-ed in The Washington Post, writes, ".. it is expected that he (Imran Khan) will not butt heads with the military. And so, Pakistan's imperfect democracy will trudge along imperfectly, the wheels of government continuing to turn on the erratic whims of the boys in boots."

Khan's victory in the recently-concluded National Assembly elections has been severely attributed to his camaraderie with the Military- known to control the politics of the nation.
Mehreen Zahra-Malik begins the article by describing how someone broke into her house as she returned to Islamabad from Lahore after covering the general elections.

When she called the cops they found nothing missing, but one of them joked, "maybe some khalai makhlooq was here," referring to the extraterrestrials.

Mehreen, at this point extrapolates how "in Pakistan, khalai makhlooq is often used to refer to the army and its spy agencies, part of a rich political vocabulary born out of fear of openly criticizing the country's most powerful institutions."

The author goes on to explain how such forces have been pulling the strings of the government after government, pressuring them to tow their line "of threatening and abducting journalists and human rights defenders who speak up against them, of "disappearing" ordinary citizens on terrorism or other charges without due process and, most recently, of helping to rig a landmark general election in which cricketer-turned-politician Imran Khan has emerged the undisputed winner."

Mehreen had actually put out a tweet few days ago in which she had reported how the country's army blocked the country's oldest newspaper, The Dawn. She writes in the op-ed how some army officers had warned her not to write against the army. The situation, it seems, is not going to change in the future with military-controlled Imran Khan at the helm of affairs.
"Indeed, the country that Khan inherits as prime minister is practically run on scare tactics," she opined.

The anticipation of fear under Khan's rule stems from his fever pitch campaign ahead of the polls where he almost instigated his supporters to rage a war on news channels critical of him. He even claimed that those who opposed him were "agents" of Pakistan's archival India and the "international establishment."

The author also juxtaposes Khan's liberal image during his cricketing years with his conservative demeanor as a politician.

"He has supported a draconian blasphemy law that has led to at least 69 vigilante killings since 1990. Day after day on the campaign trail, he started fires and fanned flames, calling upon his followers to suspend disbelief and vest faith in conspiracies," the author added.

However, Imran's perception as a liberal leader after his mild-toned victory speech talking about friendly relations with India and Afghanistan did not hold relevance as his win is a result of the Army's deliberations, which would expect the favour to be returned.

However, if Khan is really liberal as he shows, he cannot cater to the Army any longer and will run the risk of being eliminated as the other leaders by an army coup or be "marginalized using a combination of media and courtroom trials over corruption and sundry charges."
As Mehreen concludes, "In both scenarios, Pakistani democracy and Khan seem to be in imminent jeopardy."