The Centre on Wednesday proposed a slew of measures in the Supreme Court to reduce air pollution in Delhi-NCR. 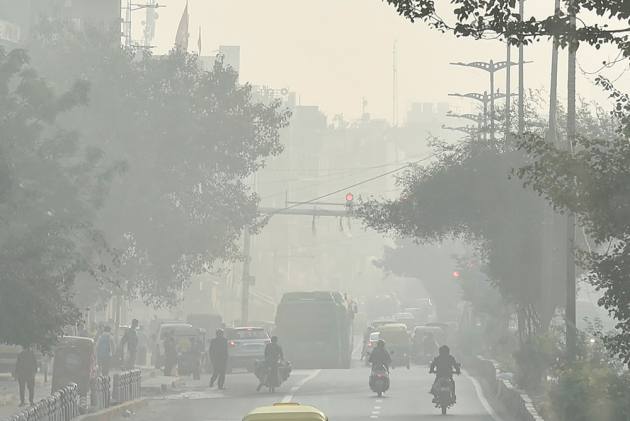 The various measure proposed by the centre in the Supreme Court included a ban on entry of all trucks in the national capital except vehicles carrying essential goods, shutting of schools and 50 per cent attendance in offices of GNCTD

Taking note of the Centre's submissions, the Supreme Court directed Delhi and NCR states to comply with these decisions which were taken at Tuesday's meeting to curb air pollution.  A bench headed by Chief Justice N V Ramana posted the matter for hearing on November 24 after Solicitor General Tushar Mehta submitted that various steps are being taken and urged the top court not to pass any extreme orders.

Solicitor General Tushar Mehta told a bench headed by Chief Justice N V Ramana that a meeting of chief secretaries of Haryana, Punjab, Uttar Pradesh and Delhi along with others was held on Tuesday. The issue regarding work from home for central government officers was considered but the total vehicles used for central government officers is not huge.

"So rather than implementing work from home we have issued an advisory for pooling and sharing of vehicles," Mehta told the bench also comprising Justices D Y Chandrachud and Surya Kant.

The Centre suggested 50 per cent attendance in offices of the Government of National Capital Territory of Delhi (GNCTD). Delhi-NCR recorded its air quality in the very poor category on Wednesday morning and no major improvement is likely until Sunday, authorities said.

The apex court was hearing a plea filed by environmental activist Aditya Dubey and law student Aman Banka, who sought directions to provide stubble-removing machines to small and marginal farmers for free.