Watch | Chandurudu, I Am Coming: Asaduddin Owaisi To Chandrababu Naidu In Viral Video 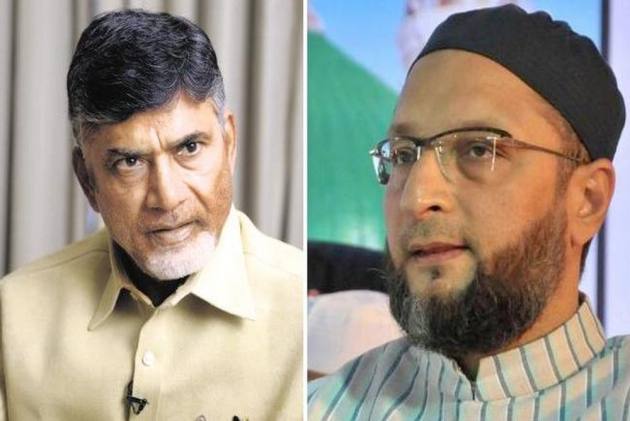 In the video, Owaisi can be heard saying, 'Aur Mr. Chandradu, tumahare ko bhul gaya tha main ... Chandurudu, I am coming to Andhra Pradesh...I am coming. Get ready"

According to media reports, Owaisi was at a public meeting in Hyderabad on December 12 when he took a jibe at Naidu and warned him of facing him soon.

AIMIM leader and Owaisi's brother Akbaruddin Owaisi won from Chandrayangutta constituency for the fifth time in a row, defeating his nearest BJP rival Syed Shehjadi by a margin of over 80,000 votes in the latest assembly elections in Telangana.

MIM won in seven assembly constituencies for the first time in 2009 and repeated the feat in 2014.