Four types of variants are categorised as Delta Plus AY1 (B.1.617.2.1), AY2, AY3 and one more sub-lineage in which one more gene has been detected and its only sample was found in Maharashtra. 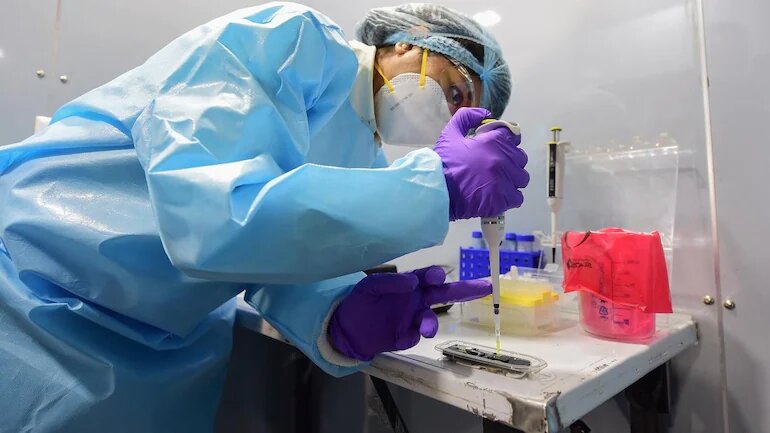 The government confirmed on Tuesday detection of the Delta Plus variant of SARS-CoV2 in 86 samples in the country so far. They mentioned that it has not led to any exponential surge in cases.

"We found the Delta Plus variant in 86 (genome) samples (sequenced)," Sujit Singh, head of the National Centre for Disease Control (NCDC), said at the health ministry's press briefing.

So far, four types of variants are categorised as Delta Plus  AY1 (B.1.617.2.1), AY2, AY3 and one more sub-lineage in which one more gene has been detected and its only sample was found in Maharashtra.

He said the highest number of 34 samples were detected in Maharashtra, followed by Madhya Pradesh (11) and Tamil Nadu (10).

"The detection of 86 samples since March from different places, with no surge (of cases recorded) in any district (due to it), or restricting it to any specific state indicates that this (Delta Plus variant) does not have the capacity to give rise to any exponential surge. We have not found any (such) evidence.

"This variant, through its transmission, has not led to any major exponential surge," Singh said.

"There is no evidence of adverse effects of over and above the Delta variant," V K Paul, Member (Health), Niti Aayog, said.

Singh said 80-90 per cent of the samples sequenced in all the INSACOG laboratories were of the Delta variant.

Paul said the Delta variant is "ruling the nation and the world" and many countries have been witnessing a surge in COVID-19 cases due to it.

The Delta variant was the prime driver behind the deadly second wave of coronavirus that struck the country between March and May. It overwhelmed the health infrastructure, claimed thousands of lives and infected lakhs of people.

Citing a World Health Organization (WHO) report, Paul said the transmissibility and attack rate of the Delta variant are higher than the other variants of the virus.

The viral load of the Delta variant is more and it increases the chances of hospitalisation, he said.

Paul, however, added that vaccines help prevent severe disease and mortality against this variant.

Singh said the INSACOG network has sequenced 58,240 samples. The B.1.617.3 and Kappa variants are under investigation, he added.

Singh said for any new variant, a rapid response strategy is devised and directions are issued to the states.

When a new mutant is detected by a laboratory, its tracking and contact-tracing should be done at a rapid pace, he added.

Singh said the states have been requested to form rapid response teams at the medical college level. Many states have started implementing it, he added.