The decision regarding school reopening was taken in the meeting of the state cabinet ,which reviewed the Covid situation in the state.On the other hand, the ECI informed the state that it will take a call on holding of the bypoll after the upcoming festival season is over. 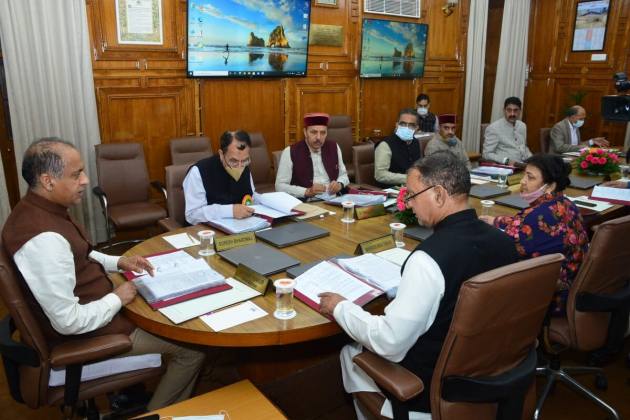 All schools in Himachal Pradesh will remain closed till September 14 due Covid situation, which still remains grim and the state witnessing an increase in new cases during the past one month.

A decision to this effect was taken in the meeting of the state cabinet ,which reviewed the Covid situation in the state and also concerns shown by the health ministry over high infection rate in some districts like Mandi, Chief Minister Jai Ram Thakur’s home district.

The cabinet,however ,decided to allow online examinations of the first semester of classes 9th to 12 .

The colleges , which were opened from September 1 for physical classes will continue to function at 50 percent attendance, said a cabinet release .

Onkar Sharma , Principal Secretary ( Revenue and Disaster Management ) said the state government has not made any changes in the restrictions applicable in the state relating to Covid ,including entry to the state for persons having RTPCR positive report ,or proof about vaccination .

During the past four days ,10 persons have died due to Covid raising the total number of deaths to 3,592 .The number of active cases in the state is more than 1,570 .

It’s due to grim cover situation, the Election Commission of India (ECI) has deferred the holding of the byelections to state’s four vacant seats including one parliamentary constituency of Mandi .Three assembly constituencies also include Arki (Solan) ,a seat having fallen vacant due to demise of six-time former Chief Minister Virbhadra Singh in July 2021.

The ECI informed the state that it will take a call on holding of the bypoll after the upcoming  festival season is over .

The ruling  BJP has gone on a full campaign mode, much in advance ,even as Chief Minister himself has spent almost a month travelling to each assembly segment falling under Mandi ,and also Arki, Jubbal-Kotkhai and Fatehpur (Kangra) launching new projects worth hundreds of crores and opening new institutions, administrative Subdivisions and upgrading schools.

Sitting Congress MLA Rajendra Rana says  the BJP since being afraid of its defeat in the poll due to its failures to deliver during three and half years,and also handling of the Covid situation ,has got the polls deferred .

Yet on populism note, the cabinet gave its nod to amend Himachal Pradesh Buildings and Other Construction Workers (Regulation of Employment and Condition of Service) Rules, 2008 to increase the ambit of the schemes and provide more benefits to the families and school going children of the construction workers .

The cabinet also approved to start a new scheme ‘Female Birth Gift Scheme’ under which an FDR of Rs. 51,000 will be given on the birth of a female child, maximum upto two girls.