Crisis In The Middle: Are Indians Crushed Between Demonetisation And New Tax Regime? 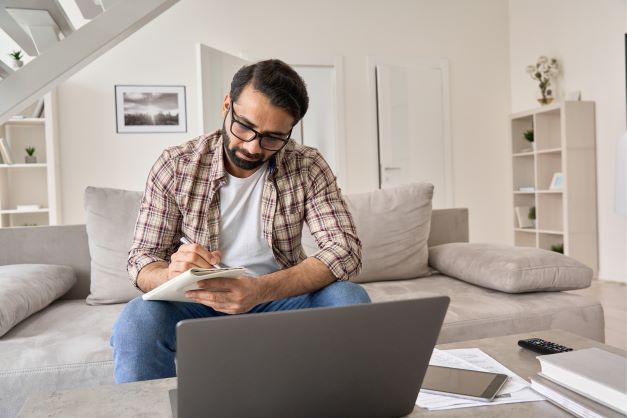 Anil joined a private bank’s wealth management wing in Mumbai, in a clerical post in 2006. By 2009, his colleagues advised him to take time off and pursue an MBA, after all he needed to push his career if he was to marry his officer girlfriend. He had saved up some money, and decided to quit his job, prepare for MBA schools, pursue the degree, and return to the job market in two years.

Seldom does life pan out as planned. Anil completed his MBA but found no takers in 2011.

The second decade of the 21st century began on a positive note. India seemed to have decoupled itself from the global financial crisis of 2008, with just one year of sub-5 per cent GDP growth. Consumption was strong and kept the India engine humming. But there was a deadly undercurrent: household spending was fuelled by debt.

For Anil, now, he was over-qualified for his previous job. “I had an MBA but found no job. It was frustrating. I had taken a loan for the MBA, and I had to pay for from my savings,” he laments.

By 2012, Anil was ready to latch on to any opportunity that came his way. He remembered a school friend who had settled in China, married a local and was running an industrial adhesive manufacturing unit in Guangzhou. He had clients in India and promised Anil a commission if he managed to grab more business. Anil jumped at the opportunity, made a few trips to China, and bagged more clients around Delhi and Punjab. Soon, Anil had rented a small office in the Sakinaka area of Mumbai, and distributed the adhesive his friend manufactured in China.

Suddenly, 2014, the taxman knocked at Anil’s doors. They alleged price arbitrage and raised a tax claim of Rs 40 lakh on him for importing adhesives from China at a lower price and selling them at a higher price in India, without any value addition. While Anil was distracted fighting his legal case, the demonetisation of 2016 had dealt a debilitating blow to his client-base.

The biggest casualty of this move were the small businesses of India. As per the National Sample Survey Office, the informal sector accounts for approximately 40 per cent of India’s GDP and employs three in four of Indian labour. As SMEs lost business to the corporates, which were not creating new capacities in the last decade, it harmed the long-term goal of increasing the size of the middle class that would consume products.

Apart from anecdotal evidence and some studies by trade bodies, the real hurt demonetisation caused to India’s informal sector is yet unknown as an impact survey for MSMEs during that period is yet to be conducted.

The new tax regime launched just eight months after demonetisation made matters worse for Anil. Seven years since the tax notice, Anil is still fighting his case, while his business has evaporated.