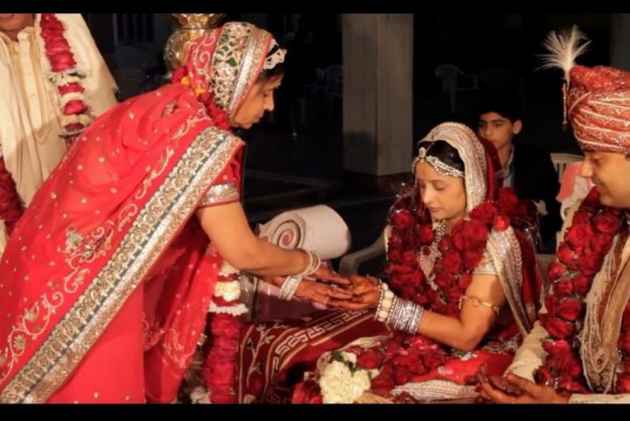 "As the girl is born, it is understood she has to get married one day or another.”

The opening line from the deeply affecting documentary A Suitable Girl perfectly captures its purpose in highlighting the indelible pressures women in our society face when it comes to marriage and finding a life partner - the entire purpose of a woman in our society.

Filmmakers Smriti Mundhra and Sarita Khurana documented the lives of three women, Dipti, Rupa and Amrita over a prolonged period of time capturing their journeys of finding a partner to getting married and beyond, using their stories to paint a picture of what it means to be a woman in India.

The film remarkably explores the entire matchmaking industry which is well-oiled, mechanic and grossly regressive where the prominent factors used to assess suitors include caste, weight and complexion. These factors take precedence over examining any sort of genuine connection between two individuals. It’s an entire system based on assessing paper proposals, not people. However most of all A Suitable Girl is an exploration of how the entire institution of marriage in India as it stands is set up to belittle, limit, repress and control women.

Certain scenes are deeply disturbing to watch such as one where in Dipti’s story (the sweetest and most wonderful of the three who you wish you could just reach out and hug, with a smile that could light up any room) where her parents are essentially marketing her to a perspective match and talking about her like a product, listing out her specifications and special features. In another scene Amrita casually jokes about how if she doesn’t have a child with her husband by her third wedding anniversary, she may as well be declared dead due to the fury of her in laws. Ritu’s story is particularly interesting considering her mother is a professional match-maker or as she calls herself ‘alliance consultant’ (which I guess makes me etymological content manifestor).

For these women and many more like them, their fate is sealed from the day they are born with marriage being the be all and end all of their existence, something which is absolute and inevitable like tax or death.

While the film doesn't particularly offer much new insight into a topic we’re familiar with, it is powerful and profound and deeply moving.

It’s worth mentioning that A Suitable Girl is also filled with much joy, celebration and love. But at what cost?

Fashion And Hip Hop – A Bond Made For Life

Baba Sehgal: Rappers Today Are Scared To Try Something New