Opposition Congress termed it a conspiracy to mislead the youth. 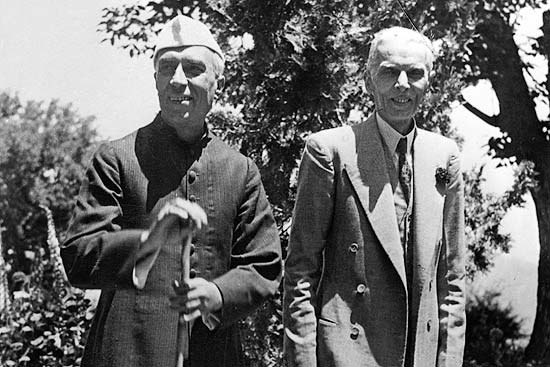 A general knowledge exam organised by the Bharatiya Janata Yuva Morcha (BJYM), youth wing of the BJP, kicked up a row today, with the prelude to the question paper blaming the "greed of power" of Jawaharlal Nehru and Mohammad Ali Jinnah for Partition.

The Madhya Pradesh BJYM later said it was a printing error, and the words "greed of power" were for Jinnah, not for Nehru.

The BJYM later put it down to printing error.

"Nehru was the first prime minister of our country. We cannot disrespect him. This was for Jinnah only. Due to misprint, Nehru's name got mentioned alongwith Jinnah's," BJYM state president Abhilash Pandey told PTI.

Opposition Congress termed it a conspiracy to mislead the youth.

The Leader of Opposition in the state Assembly Ajay Singh said in a statement: "People of the country will give answer to this conspiracy to mislead the youth. The BJP should ask the youth how many of its own leaders including those of the RSS betrayed the country during the freedom movement."

Earlier, Chief Minister Shivraj Singh Chouhan attended a program at one of the examination centres here.

The examination paper included questions about BJP ideologue Deendayal Upadhyay besides the schemes of the Central and the Madhya Pradesh governments.

Pandey claimed that over 30 lakh students from various schools and colleges participated.

"Over 30 lakh participants from 14 states of India and 40 countries of the world took part in the event through offline and online mode. Eight winners would be selected for the "Coffee with CM" program, while others would be given certificates and other prizes. The examination was open to students from Class eight and upto the age of 35," he said.