Allu Arjun and Sneha Reddy tied the knot in 2011 in Hyderabad. The couple have a son named Allu Ayaan and a daughter named Allu Arha. 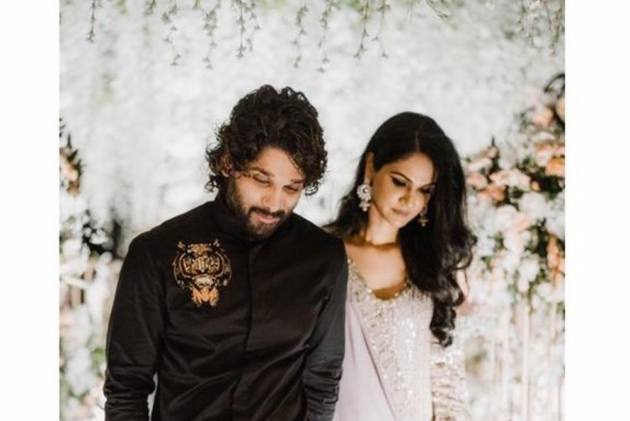 Taking to Instagram the actor wrote," Happy 10th anniversary to us Cutie. What a wonderful journey in ten years…and many more to come".

The second picture is a throwback to the couple's wedding celebrations in 2011.

The 'Son Of Satyamurthy' star posted more pictures from his visit to the Taj Mahal. See the pictures here:

Allu Arjun and Sneha Reddy tied the knot in 2011 in Hyderabad. The couple have a son named Allu Ayaan and a daughter named Allu Arha.

The actor will be next seen in the upcoming film 'Pushpa' set to release this year.