Book Review | All India Radio And The Birth Of A Nation

A Bangladesh War Commentary: 1971 Radio Dispatches by U.L. Baruah takes the reader into the Bangladesh liberation movement and throws light on its impact on politics in Pakistan 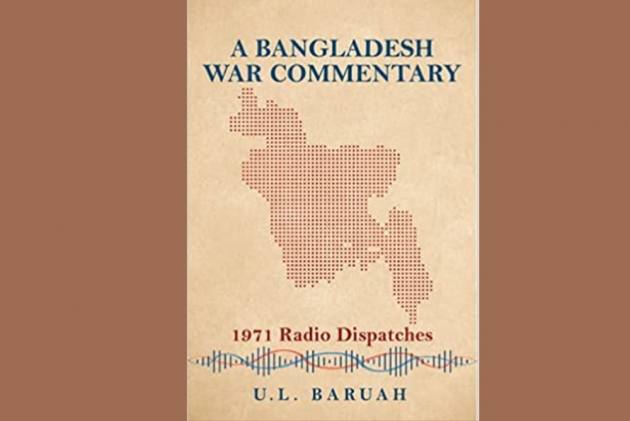 It seems unimaginable now with the cacophony of television channels jostling for attention and the proliferation of social media, but there was a time when All India Radio ruled the news space. People got the news of the day not just from newspapers, but from AIR’s prime time radio broadcast at 9 o’clock. Listening to radio news was a must for most people. AIR news was the only means for the government to communicate with citizens living in remote corners of the country.

Like many other institutions in India, AIR was set up during the British Raj. The external division started as early as 1939, with a programme in Pashto directed at listeners in North West Frontier Province. After independence, AIR’s external service division was India’s voice for the neighbourhood. It broadcast to people in surrounding countries in their own language, and helped to promote goodwill and Indian interests among them.

During the 1971 Bangladesh war, AIR played an important role in informing people of East Bengal (then East Pakistan) about all that was happening across the country. In East Pakistan, the news was heavily doctored in favour of the Pakistan army. The real picture was broadcast from India. AIR’s external affairs division introduced a special Bengali service on April 26, 1971, in the wake of the Bangladesh liberation movement.

To mark 50 years of Bangladesh’s independence, the Indian Council of World Affairs has come out with a new book titled . It comprises AIR broadcasts and commentaries by late U.L. Baruah when he was director of the AIR external service during the Bangladesh war of independence. The book gives readers a flavour of not just what happened in 1971, but the background and developments that led to the military crackdown by the Pakistan army. The blood bath, including the killing of intellectuals, was recorded, and the commentary gave the context of the genocide as it unfolded.

Baruah gives an insight into not just what was happening in East Pakistan, but how the international (Western) press projected it. Though Richard Nixon backed Pakistan, and most of America’s allies remained silent, the Western press reported the horrors of the carnage. AIR translated these reports and broadcast them to Bengali listeners. Baruah also quotes Pakistani journalists who questioned the military junta as well as politicians like Zulfikar Ali Bhutto.

The AIR broadcasts go much beyond reporting daily events. They provide insights into the debate in Pakistan after Sheikh Mujibur Rahman won the 1970 parliamentary elections; quotes from the Pakistan press to show internal divisions within the country; manipulation by the army under Yahya Khan; the role played by ambitious political leaders like Bhutto, who was used by military leaders to demand postponement of the National Assembly; and the entire machinations that finally lead to the breaking up of Pakistan.

Here is an example of Baruah’s incisive commentary, in a talk about Pakistan’s Defence Day celebrations on September 6, 1971. Taking this as the peg, Baruah goes on to analyse the role of the military in Pakistan: “While the Pakistani soldiers are undoubtedly good fighting men, they have unfortunately got involved in the political life of Pakistan in a manner which has posed a serious threat to the revival of democracy in Pakistan. The power structure is such that vested interests of the military-bureaucratic elite, backed by the newly rich, industrial tycoons, would make any genuine transfer of power to the people, more and more difficult as the time passed.”

In a special commentary on November 19, 1971, weeks before India and Pakistan went to war over Bangladesh, Baruah noted: “What is Pakistan’s claim to represent the interests of the Muslims after it killed lakhs of Muslim men, women and children in East Bengal? Muslim women have been raped, houses of Muslims have been set on fire in Dacca and other towns and villages of East Bengal. Civilian killings have been going on even in this month of Ramzan.”

The Bangladesh commentaries are divided into four neat chapters. The first is on ‘Reporting a Genocide’. The second deals with ‘Opinions in West Pakistan’. The next is ‘Debate in Pakistan after Bangladesh was born’, and the last is on the ‘Emergence of Bangladesh’. All four chapters give a vivid picture of the times, including the national questions that arose in Pakistan after the army’s humiliating defeat, and recreates the world as it was in the 1970s, placing the birth of Bangladesh in a historical context.