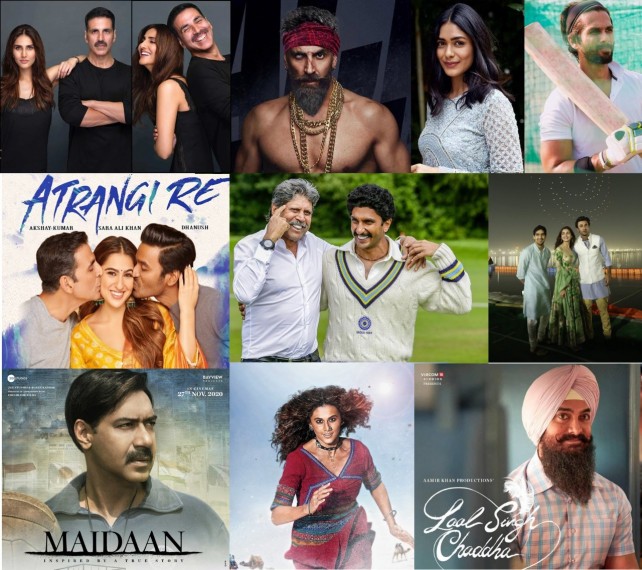 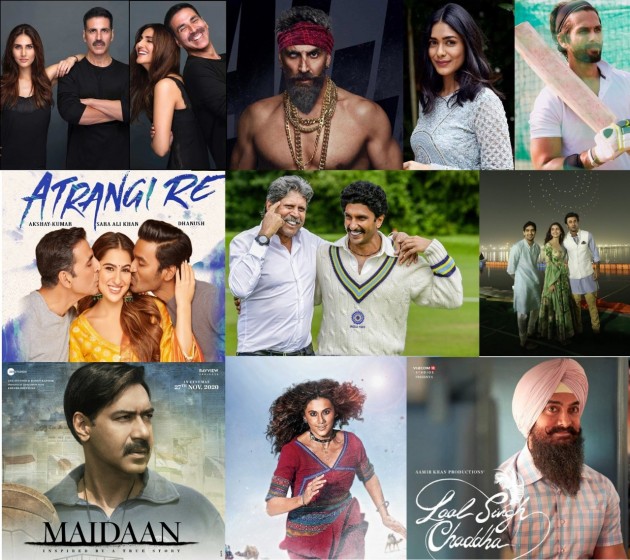 The year 2020 was a complete washout for theatrical releases. It was a sad scene not only for the filmmakers, but for the movie buffs too who love the magic of the big screen. With cinemas opening in full capacity, happier times are ahead.

Here is a look at the big-screen releases.

Bellbottom: Directed by Ranjit M. Tewari, the spy thriller stars Akshay Kumar with Vaani Kapoor, Lara Dutta and Huma Qureshi. The film is scheduled to be released on April 2, 2021 and promises a slick narrative, great action and never-seen-before locations in Scotland and London. 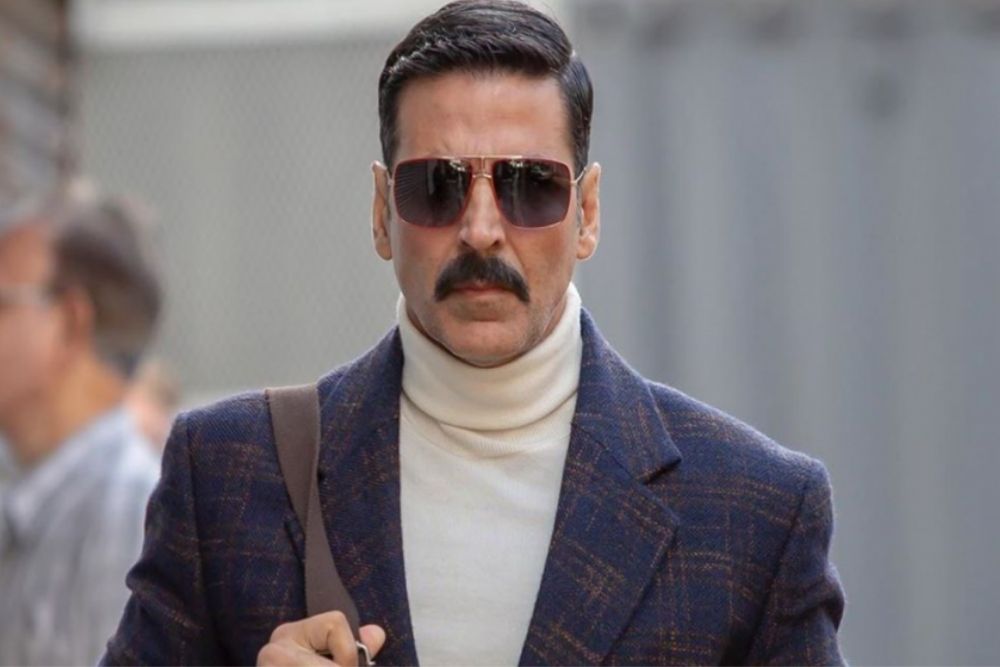 Bachchan Pandey: This Sajid Nadiadwala production is directed by Farhad Samji and stars Akshay Kumar, Kriti Sanon and Jacqueline Fernandez in lead roles. The film is about a dreaded gangster who aspires to be an actor and is scheduled to be released on January 22, 2021. 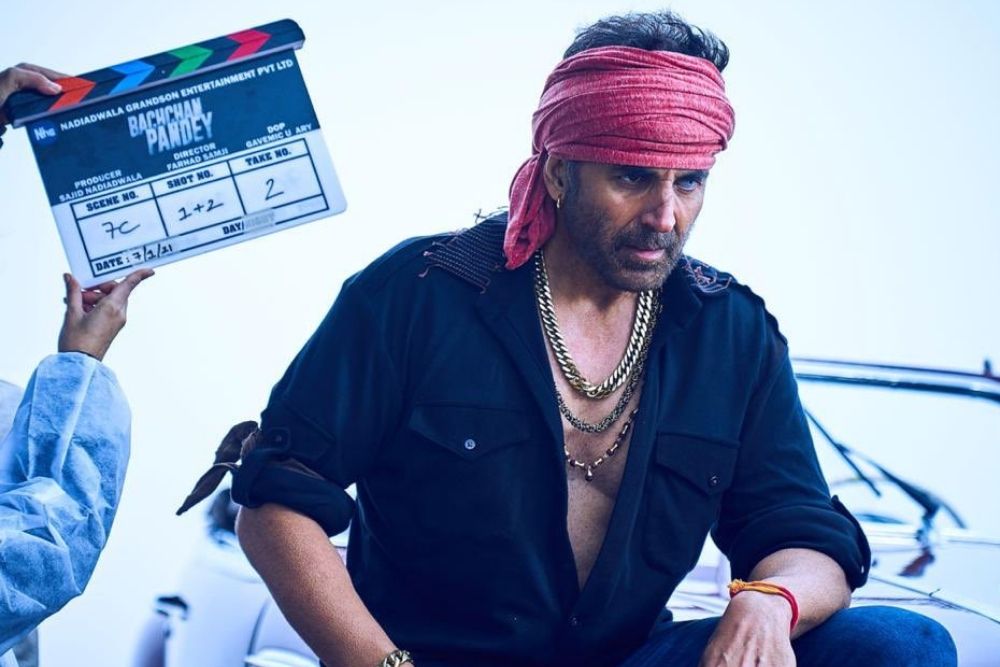 83: Directed by Kabir Khan, 83 chronicles India's first World Cup win under the captaincy of Kapil Dev in 1983.The period film captures the heady days in 1983 when cricket allrounder and skipper Kapil Dev along with his "devils" won the first World Cup for India. Ranveer Singh plays Kapil Dev, while Deepika Padukone, Tahir Raj Bhasin, Saqib Saleem, Harrdy Sandhu, Ammy Virk, Jiiva, Pankaj Tripathi, Boman Irani, Nishant Dahiya, Sahil Khattar and Amrita Puri make up the rest of the cast. It was initially scheduled to release in April 2020 but was postponed because of the pandemic. 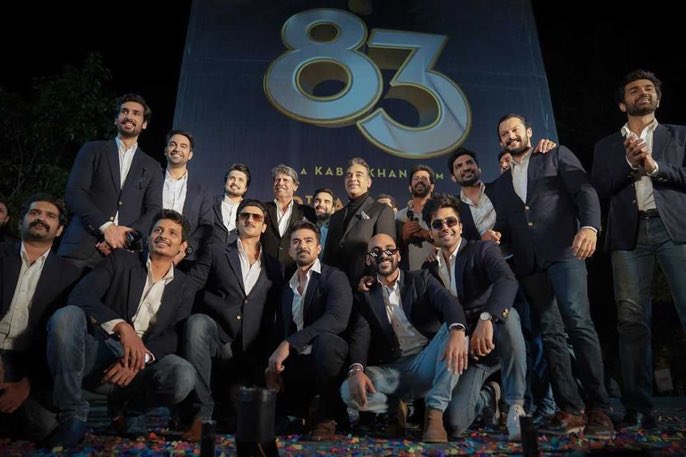 Atrangi Re: Aanand L Rai's Atrangi Re, starring Akshay Kumar, Sara Ali Khan, Dhanush, went on the floors in Varanasi in March 2020 but was halted due to the coronavirus-induced nationwide lockdown. The second schedule began in October with Khan and Dhanush resuming the shoot. Atrangi Re is written by the director's long-time collaborator Himanshu Sharma. It will feature music by AR Rahman with lyrics penned by Irshad Kamil. 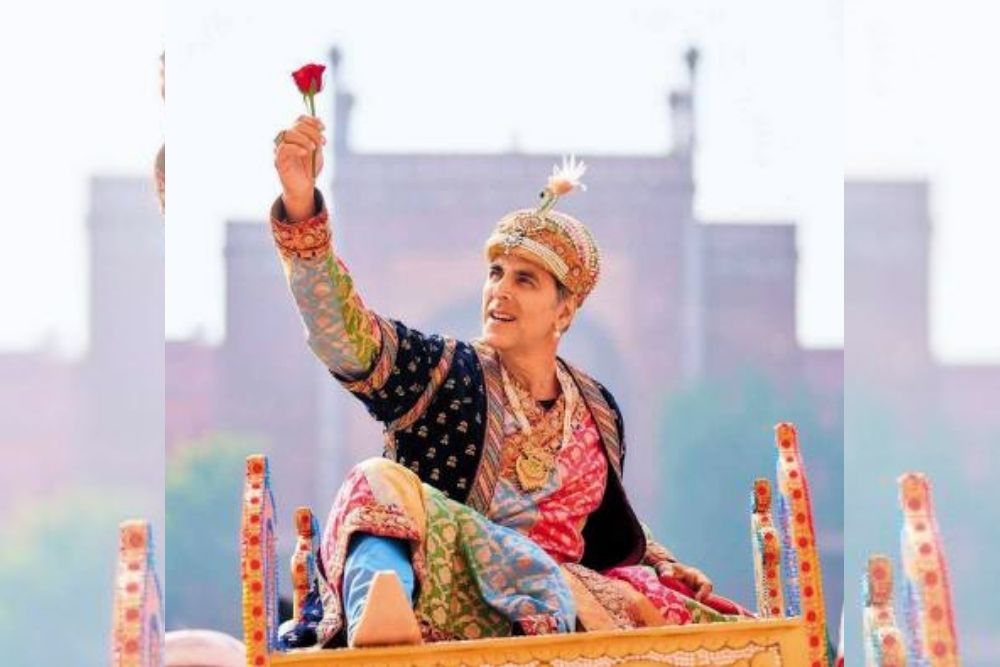 BrahmÄstra: Produced by Karan Johar, BrahmÄÂÂÂstra is a lavish fantasy film written and directed by Ayan Mukerji. It stars Amitabh Bachchan, Ranbir Kapoor, Alia Bhatt, Mouni Roy and Nagarjuna Akkineni in pivotal roles and will serve as the first film in a planned trilogy. The release date has not yet been decided. 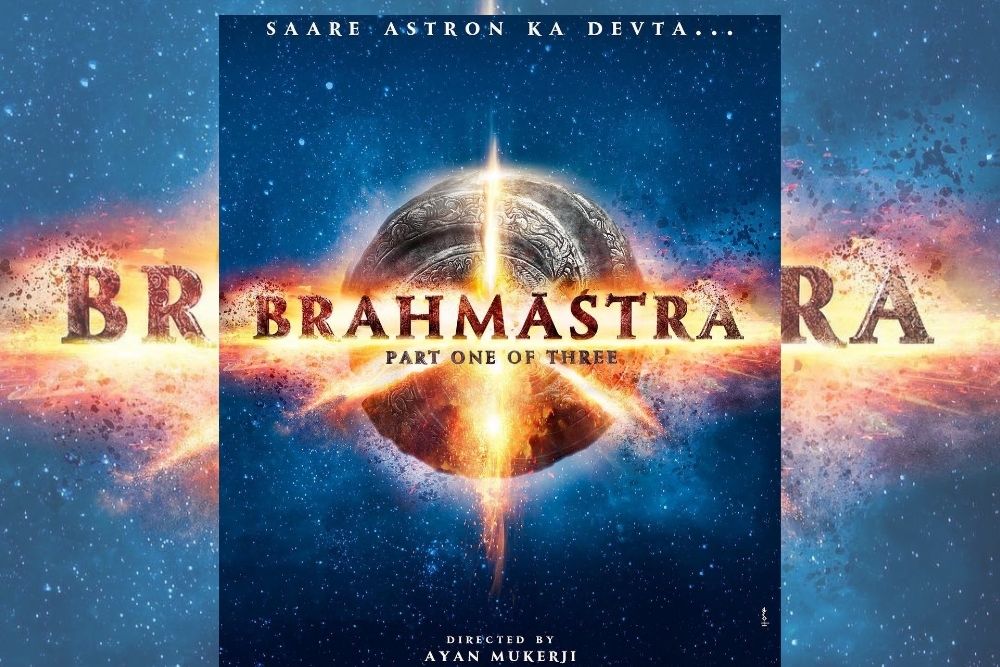 Jersey: This sports drama is directed by Gowtam Tinnanuri, produced by Aman Gill and Dil Raju and is a remake of the 2019 Telugu film of the same title. It stars Shahid Kapoor as a cricketer with an ensemble cast comprising Mrunal Thakur, Pankaj Kapur and others. The release date of the film has not yet been specified. 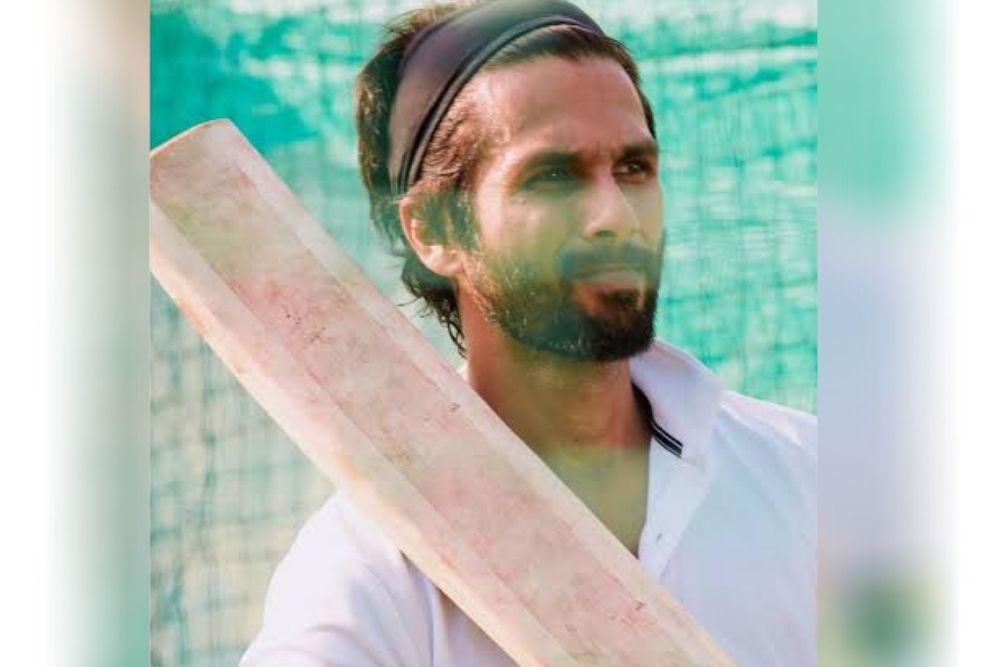 Laal Singh Chaddha: This adaptation of the 1994 film ‘Forrest Gump’, is a comedy-drama directed by Advait Chandan and is helmed by Aamir Khan Productions and Viacom18 Studios. The film stars Aamir Khan in the titular role with Kareena Kapoor as his romantic lead, Vijay Sethupathi in his Hindi film debut and Mona Singh in a pivotal character. The film was in the news for having been filmed in more than 100 Indian locations and is scheduled for release during Christmas 2021.

Rashmi Rocket: This sports drama film is directed by Akarsh Khurana and produced by Ronnie Screwvala, Neha Anand and Pranjal Khandhdiya. The film features Taapsee Pannu in the lead role alongside Priyanshu Painyuli and Abhishek Banerjee. The film traces the trials and tribulations and ultimate triumph of a female athlete. Taapsee Pannu is reportedly training hard to play the role convincingly. The release date of the film has not yet been specified. 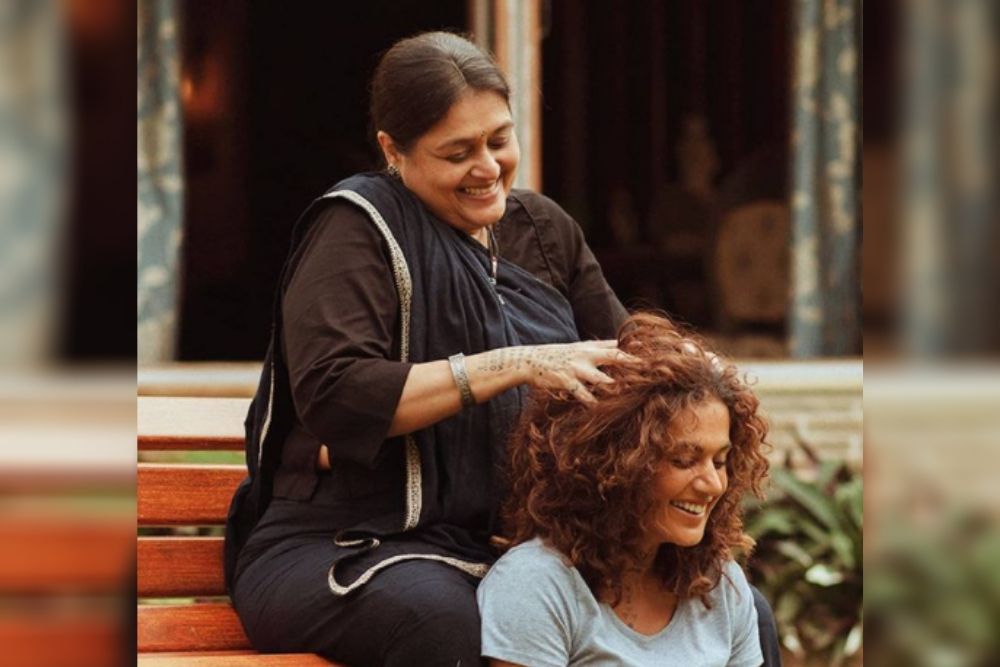 Maidaan: It’s a biographical, period film that captures the golden years of Indian football from 1952–62. It stars Ajay Devgn as football coach Syed Abdul Rahim who changed the fortunes of the Indian team. The film will release worldwide in cinemas on Dussehra 2021, in Hindi, Tamil, Telugu and Malayalam and is Devgan’s first pan-India acting initiative. 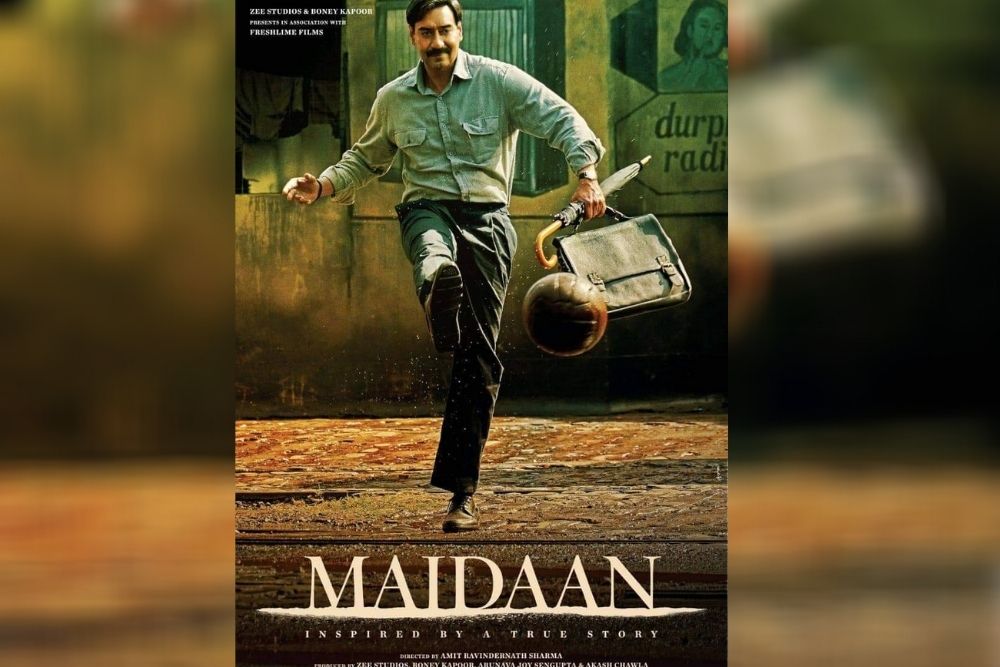 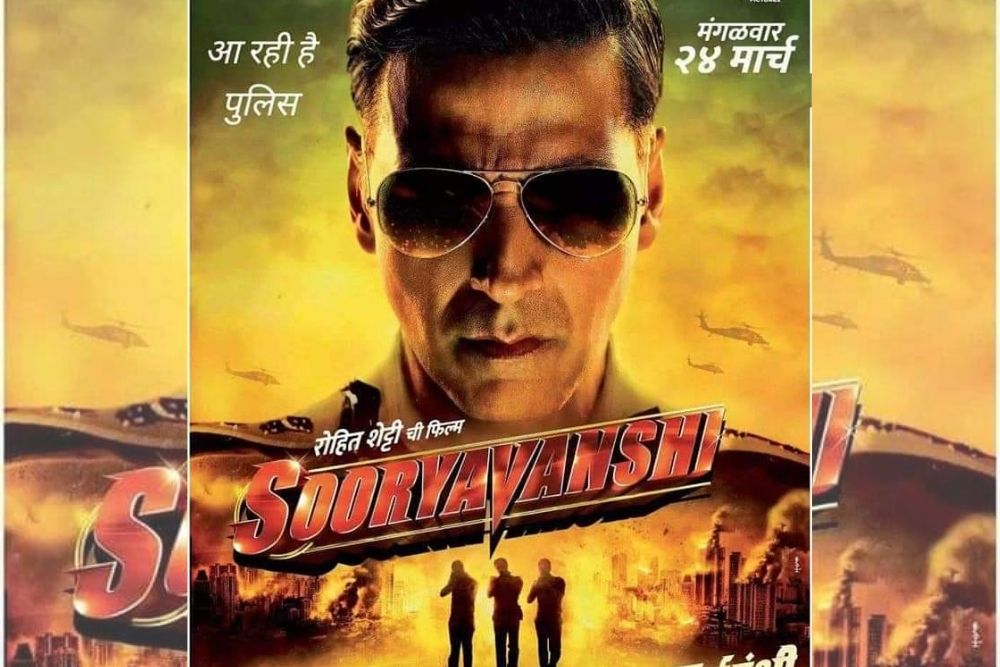 Kangana Ranaut Records Statement In Case Against Her With Sedition Charges