Rapper DIVINE has been credited as one of the topmost hip-hop artistes of the country. Talking to Outlook, he reveals how the hip-hop scene has grown in India, and how he tackles criticism coming his way. 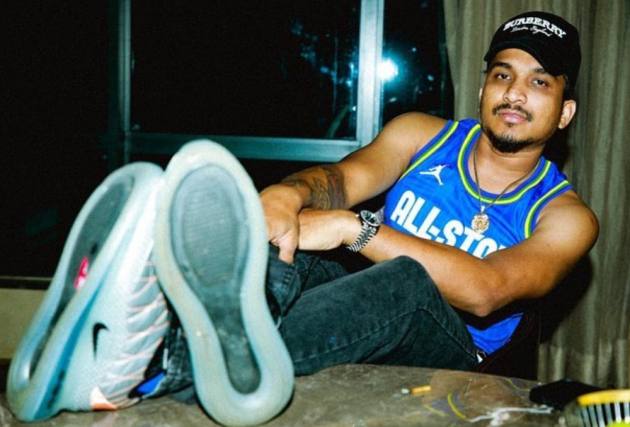 Hip-hop star DIVINE has been one of the most popular rappers of India. He has been one of the pioneers in helping this genre of music spread its wings all across the country. Not just in India, DIVINE has made India proud internationally as well. Just a few days back he won the Best India Act at the Europe Music Awards 2021, which aired in India on Vh1.

In a candid chat with Outlook, DIVINE speaks up about hip-hop, the fashion related to it, the growth of the rapping culture in India and how he has been facing criticism and has learnt to deal with it in his own unique way. Excerpts from the chat:

You’ve won so many awards in music over the years. How different is winning the Best India Act at the EMAs?

Every award has its own place. I’d been nominated for the award a few times before this, and it feels good to have it brought home for my fans (and by my fans).

You have become the de facto representative of Indian hip-hop. Is there more pressure and responsibility now than before?

I wouldn’t call it pressure as much as I would call it a blessing. The movement is much stronger now and we have so many artistes making noise. The future looks bright.

In your career, how important was it to have your dream team together early on so that you could focus on the creative things and everyone takes care of everything else?

I have been lucky enough to have had an amazing team with me from the jump. As an example, our director - JD has been with me since day one and he understands my vision well. Along with them, I met like-minded people along the way who have enabled my creative process.

In your artistic journey, what has been your biggest virtue (punya) and vice (paap) as you had mentioned in one of your songs?

The best answer to this question can be found in the lyrics across my album ‘Punya Paap’. I would say my biggest punya (virtue) has been the fact that I could drive positive emotions to anyone listening to my music – be it inspiration, joy or love.

Do you remember the first time that you heard, maybe in your childhood, the specific sound that hooked you? Maybe a particular song or something that really kind of pushed that button for you, telling you ‘This is what I want to do.’ Do you have any memory of that time?

Once I discovered hip-hip in school, I used to listen to a lot of East and West coast hip-hop, a few artistes I was hooked to were - 50 Cent, Jay Z, Tupac Shakur, Big L, Nas amongst others. I resonated with the way these rappers spoke to their people and drove multiple emotions through them. I realised that I wanted to do hip-hop, as I wanted to speak to the people at large and inspire them too.

Towards the start when you started writing cyphers, you needed people who believed in you too. Did you find a lot of people who saw the hip hop scene exactly how you saw it?

Yes, again I am grateful for the fact that I had a tight circle of friends who not only believed in me and my music but also the Indian hip-hop scene as a whole. ‘Gully Gang’ is a manifestation of the vision we saw when we started out.

Who were your close friends then, whom you’re still in touch with?

Oh, there are so many to name, from school, college and my neighbourhood.

And living in Bombay, in your neighbourhood, do you think you got to experience certain things at a very young age, which helped the words come out naturally in your songs?

Yes definitely. Life was tough growing up but it is my experiences that made me the artiste I am today. Family, friends and circumstances are what inspire me to write.

How important is fashion in the life of a rapper?

Fashion is an important way to express how you feel. Rappers do it in the music, and a lot of us choose to do it in the way we dress as well. Music and fashion are really interlinked now.

Do you think that at this point, when you have received so much success and so much love, that you are also misunderstood by many?

I as an artiste try to cater to and connect with my core fans as much as possible and sometimes when we scale things up, there are bound to be a few deviations in the interpretations of what I want to say. At the end of the day, it is an art and everyone has the right to their opinion.

When people criticize you as an artiste and the art that you put out sincerely does it ever prick and hurt somewhere?

Like I said before, art is subjective and I don’t really mind people who have constructive criticism towards music made by any artiste.

Who are the budding rappers you are digging a lot?

The young rappers signed to our label ‘Gully Gang’ have immense potential. We’ve added a few new artistes to our roster. Everyone will know once the announcements are made.

There are still not enough women in the music scene and also not many female voices in hip-hop? Does that bother you?

Around two-three years ago, there was a lot of brand interest in this genre. They all wanted hip-hop anthems and promos, and whatnot! That trend has subsided now or is it still growing?

It’s even stronger than it was before. If you look at how hip-hop and brands have interacted with each other globally and become part of popular culture, it’s already happening here and the only way is up.

Are you prepared for a time where people might not care for hip-hop as much as they do now? Would your commitment still stay the same?

I have been there in the scene when there was a fraction of the audience that hip-hop has now. Artistes across the country built this from the ground up and I feel this movement will continue to grow.

What do you want to tell the young folks who want to make a career in hip-hop?

I think staying authentic is one of the only and most important parts of making hip-hop music. The connection between you, your music and your audience has to be real.

What is the legacy that you want to leave behind? Say 10-15 years down the line, what would you like to look back on?

The numbers, shows and statistics are definitely things that are looked at by critics and fans alike. But I would want to measure my success with the number of people I was able to inspire across my career.