Gagan Arora’s Acting Journey Which Started In Delhi, Paused In Mumbai Until He Auditioned For ‘College Romance’

In an exclusive conversation with Outlook, he talks about his journey as an actor, his experience in ‘Tabbar’ and the other actors in the series. 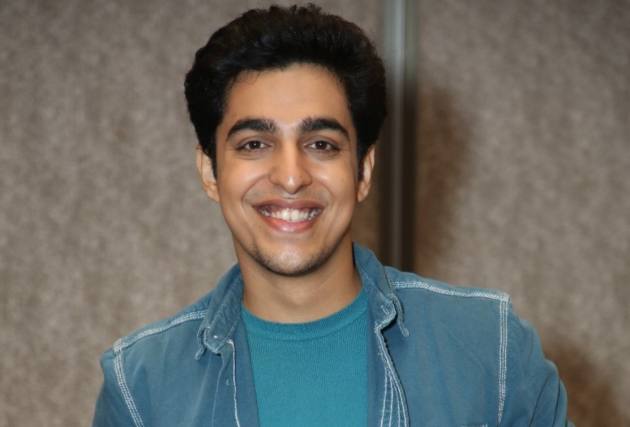 Actor Gagan Arora gained much popularity after his debut in ‘College Romance’, with that guy-next-door looks, Arora had played various roles in the romcom genre along with several videos for Youtube. He also had been part of other projects such as ‘Stree’ as an assistant director, as well. His latest project, ‘Tabbar’ is all set to stream on Sony Liv this week. In an exclusive conversation with Outlook, he talks about his journey as an actor, his experience in ‘Tabbar’ and the other actors in the series.

With projects like ‘College Romance’ and ‘Ujda Chaman’, you are a familiar face now. How did your journey as an actor start?

My journey as an actor started with theatre in Delhi and it came to a halt once I came to Mumbai, (because) I was scared to see the amount of competition and rejection an aspiring actor has to struggle with. So, I left acting for a while and started assisting Directors, then one day I got a call from one of my friends from Delhi theatre and he was casting for a series and he was supposed to audition 40 people in a day and he was falling short by two, so just to complete that list for the day I was auditioned. It was the first audition of my life and I got ‘College Romance’ and never looked back since.

The trailer of ‘Tabbar’ has gained positive response and your character too seems very different from the other roles you did in the past, tell us more about this journey.

I have been blessed with a lot of love from the audience in a particular genre, they have loved me in romantic comedies, chocolate boy/boy-next-door characters and I want to evolve as an actor and try different genres, so I'm constantly looking for projects that could give me an opportunity to dive into a different avenue and I couldn't have hoped for a better opportunity than ‘Tabbar’ It's the perfect project for any actor to dig through and test his craft. The show and the characters have multiple layers that you can keep peeling, (just) like an onion.

From an actor’s perspective, what elements do you feel are necessary to formulate a conversational link with the audience?

Honesty!! The audience these days have evolved manifold, anything less than a 100% is not accepted by them. They have exposure to the world's best actors and content, which makes our jobs tough but also gives us the motivation to work with complete honesty and try our best every day.

How do you prepare yourself for a role? And what challenges do you face while preparing for ‘Tabbar’?

I'll be honest.. It took a lot of effort to get into Happy's shoes (his character in ‘Tabbar’). ‘Tabbar’ was a new genre and I was very nervous about it, so I used to keep making notes, (had) long conversations with our writers and director, developing detailed back stories, but as soon as I went on set my Director asked me to throw all that out and try living the character with my co-actors, feeling it with the costume that I was wearing, the location I was sitting in, the props in my hand. It was a beautiful revelation and one of many lessons learnt that I took back from this set.

‘Tabbar’ has such a flexible cast, share some interesting stories from the sets of your latest project.

In terms of casting, it was a middle class boy's dream come true for me, who is an outsider to the industry to get a chance to share a screen with legends like Pavan Malhotra, Supriya Pathak and Ranvir Shorey. Hence, I was very nervous and starstruck on day one of our shoot but I couldn't stay like that for long because all of our senior actors made sure we were extremely comfortable with them and they made efforts for it, by the end we actually started behaving like a family and you will see that on the show.

I was scolded by Pavan sir to eat healthy every day and if caught eating something unhealthy, I had to go running! That's the kind of rapport we developed.

The OTT platforms surely has given some great line of young and talented artistes Who are your most favourites?

I am in awe of all the young actors from our show, specially Sahil Mehta(my younger brother), Paramveer Cheema(my uncle's son) and Nupur Nagpal (my girlfriend) and I'm not just saying that because they were part of my series, they are genuinely exceptional actors and once you see the show, you will agree with me and I'm sure everyone's career is going to skyrocket after this.

What are your future plans? Are there any projects we can expect you to do soon?

First and foremost is ‘Tabbar’ which is releasing on SonyLiv on October 15. Apart from that I have another series coming up, it's the Madhuri Dixit starrer 'Finding Anamika' for Netflix that's being produced by Dharmatic Entertainment and you will again see me in a very different avatar.

R. Madhavan Has No Idea Why His Shirtless Selfies Go Viral On Social Media

Samantha Ruth Prabhu Talks About Separation From Naga Chaitanya: Thought I Would Crumble And Die