Get Ready For More 'Game Of Thrones': Animated Spinoff In Development

The idea is believed to be in very early, exploratory stages, and there is no concept or creative team on board. 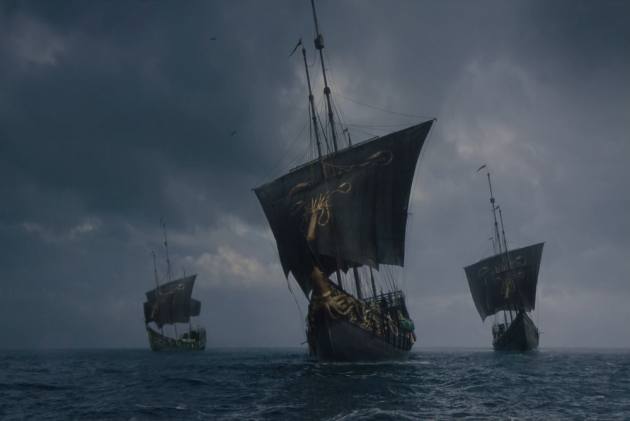 An animate drama series in the "Game of Thrones" world is reportedly in works by WarnerMedia for HBO Max.

The project will explore George RR Martin's drama and is part of a larger strategy to expand the fictional world.

Sources told The Hollywood Reporter that the studio has begun holding preliminary meetings with writers about the potential animated drama set in the same world.

The idea is believed to be in very early, exploratory stages, and there is no concept or creative team on board.

WarnerMedia and HBO are currently working on "House of the Dragon", a prequel series to "Game of Thrones". The show is slated to premiere in 2022.

"House of the Dragon" will document the buildup to the Targaryen civil war in Westeros that is known as the Dance of Dragons.

It was recently reported that HBO is also developing a series adaptation of George R R Martin's "Tales of Dunk and Egg", a prequel to the events of “Game of Thrones".

The one-hour show is said to be based on the series of fantasy novellas which follow the adventures of Ser Duncan the Tall (Dunk) and a young Aegon V Targaryen (Egg) 90 years prior to the events of “A Song of Ice and Fire".